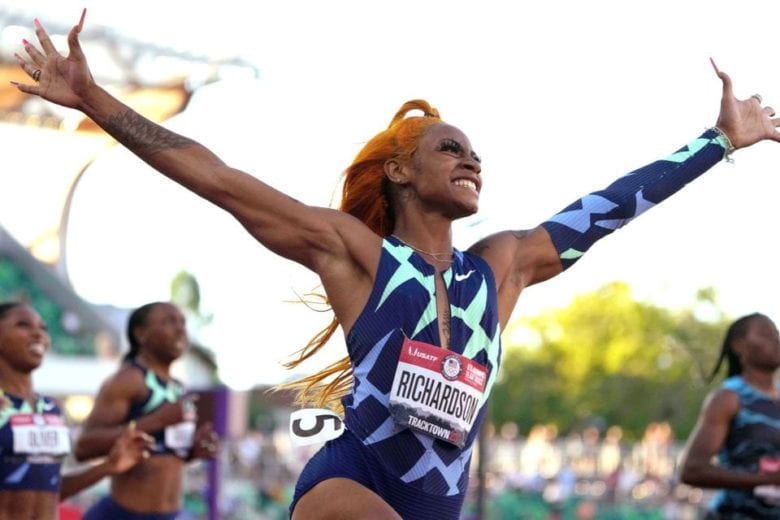 The United States Anti-Doping Agency (USADA) says it wants more flexible rules for athletes who test positive for cannabis after the White House was reported to be seeking a meeting with the World Anti-Doping Agency (WADA) to discuss easing restrictions.

The debate over cannabis use by athletes was reignited after American sprinter Sha’Carri Richardson tested positive for the drug last month at the U.S. Olympic Track & Field trials.

The 21-year-old, who was seen as the top contender for the 100 metres gold at the July 23-Aug. 8 Tokyo Games, got a one-month ban, making her ineligible for the U.S. team.

Richardson said in an NBC Interview that her action came while she was dealing with the news of the death of her mother.

The suspension sparked an outpouring of sympathy, including from President Joe Biden, and calls for a review of anti-doping rules from the White House according to the Financial Times.

The White House did not respond to a request for comment.

USADA has for over a decade taken a hard line on cannabis use by athletes, insisting it remains on the prohibited list.

But in a letter to Congressman Jamie Raskin and Congresswomen Alexandria Ocasio-Cortez on Friday, USADA president Travis Tygart said it had advocated more flexible and fair rules to address the use of marijuana by athletes.

WADA, however, told Reuters that when it came to cannabis, USADA has taken a hard line.

USADA submissions to WADA’s Prohibited List Expert Group have consistently over the years pushed to keep cannabis on the prohibited list, WADA said.

“Since 2004, and as recently as 2021, USADA has without exception insisted that cannabis should remain on the (banned) list,” WADA told Reuters.

In 2014 a proposal was put forward by WADA’s Health, Medical and Research Committee to raise the threshold for a positive test to make the rule more liberal for athletes using marijuana.

USADA rejected the plan outright, said WADA, resolute that it was tantamount to removing cannabis from the banned list.

USADA also noted in its letter to the Congress members that while the current trend might be in the direction of legalising marijuana, many people around the world still consider it an illegal drug and the argument that cannabis has no performance-enhancing benefit in sport is not universally accepted.

But of significant concern to USADA is WADA’s approach to cannabis testing, which it told Reuters was “ethically, scientifically and procedurally flawed and not in the best interest of athletes.

“Our annual science-based comments to WADA have also focused on doing oral fluid or blood testing, and not the current WADA-mandated urine testing approach, to ensure those who may choose to legally use marijuana out-of-competition, which is allowed by the rules, are not caught and punished by the system, and to also ensure that those who use in unsafe or for competitive purposes are held accountable,” USADA Chief Science Officer Matthew Fedoruk said in an email to Reuters.

USADA added that current urine testing does not adequately detect marijuana use on the day of competition, which is prohibited, but can capture its use prior to competition which could be days or longer before the athlete competes.

“Oral fluids or a blood test is actually a better matrix to determine use on the day of the competition and to not capture use days before the competition,” said USADA.

WADA has overseen the banned substance list since 2004. Prior to that it was the responsibility of the International Olympic Committee.