Why Mathare are taking no chances with Leopards 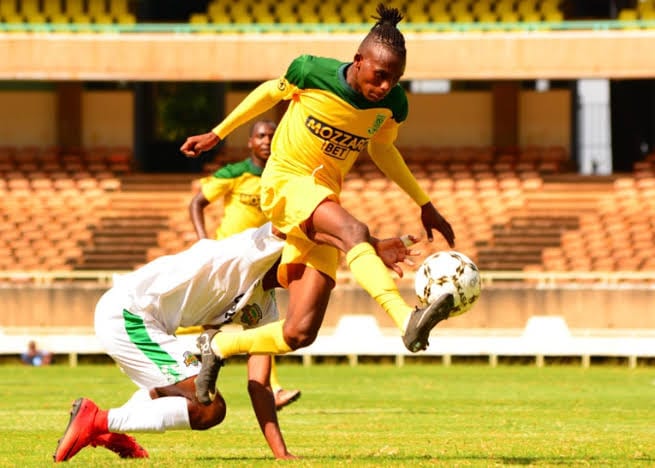 As Mathare United prepare to face AFC Leopards on Friday at Kasarani Stadium, talisman James Kinyanjui is confident the ‘Slum Boys’ can win their next three fixtures and hopefully maintain their top-tier status.

Mathare are in the relegation drop zone after a difficult start to the campaign which has seen them accumulate just six points from 13 matches, winning two, drawing three and losing nine and Kinyanjui is adamant they will not be entangled in a relegation dogfight.

“I want to win all three games but if I could choose just one, it would be AFC Leopards,” a bullish Kinyanjui said in an  interview with Citizen Digital.

Mathare have returned to group training after the suspension of sports activities were lifted by the government paving way for the FKF Premier League restart.

Kinyanjui believes his side have enough in their armoury to avoid being relegated heading to the Ingwe fixture on Friday.

“We have to pick ourselves up. Moving forward, we have to be at our best in terms of energy, and how we approach our next fixtures. With that we will not be in the bottom three at the end of this season but we do have to perform better,” Kinyanjui said.

With head coach Salim Ali taking no chances ahead of the leagues resumption, a 2-2 draw against Police FC in a friendly fixture could be a morale booster heading to the game against AFC Leopards.

“A challenging position we find ourselves in, but we are hopeful and trying to rectify the mistakes that cost us the much needed points, leaving us at the bottom of the table,” Kinyanjui said.

This season has not been an easy one for the ‘Slum Boys’ after being relegated and reinstated to the FKF Premier League for failure to endorse a broadcast deal between FKF and partners StarTimes.

However a win against Ingwe could be a turning point for the Salim Ali coached side with Vihiga United and KCB in line to face them in their next three fixtures.

Being relegated to the National Super League will be devastating for Ali and his charges after years in the top flight.  However, going by  their fast passes and possession after transitioning to a more progressive style under coach Ali, they may be well-equipped for the remaining match.