Withdrawals will not affect quality of Nairobi 2017-IAAF 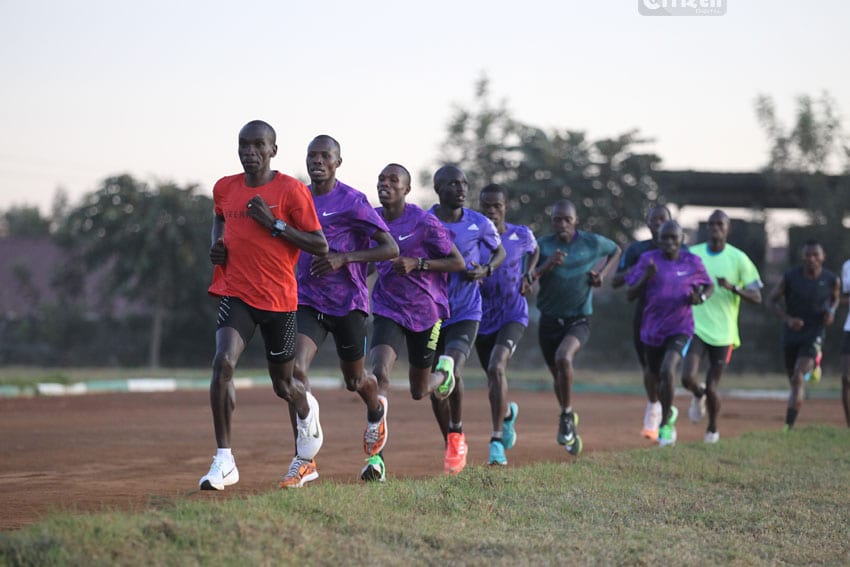 The quality of competition at the Nairobi 2017 IAAF World Under 18 Championships will not be affected by six high profile withdrawals including that of overall champions from the 2015 edition-United States of America- as Kenya mulls over a bid to host the 2020 Under 20 track and field showpiece.

Speaking while concluding the first leg of the IAAF Day in the Life project tour in Nairobi, the Deputy Communications Director at the world governing body, Anna Legnani, added focus should shift to the nations that will take part in the July 12 to 16 global showpiece.

Britain, Switzerland, New Zealand, Canada and Australia joined America in pulling out from the last edition of the event open to competitors aged 16 and 17 over security fears despite the same nations entering competitors in Sunday’s IAAF World Cross in neighbouring Uganda.

“Teams that will not be here are the ones to lose out. We have had fantastic events and for example, there was no single American in the final of the sprint finals in Cali.

“They have fantastic athletes but other countries have good athletes as well and Nairobi will be a success,” the long-serving director who is in overall charge of media operations at the IAAF told reporters at Moi International Sports Centre, Kasarani.

Ms Legnani led a team of international journalists among them Olaf Brockmann who is the  IAAF Press Delegate for Nairobi 2017, the co-founder of  American website, letsrun.com Weldon Johnson and his colleague, Jonathan Gault to make a courtesy call to the Media Commission of the Nairobi 2017 Local Organising Committee (LOC).

They were taken round the facilities set aside for the media including the Tribune, Media Centre and Mixed Zone by the head of the Commission, Chris Mutungi and some of his members including seasoned local journalists, Elias Makori and Omulo Okoth.

“Olaf is happy and from what I have read, I’m happy. I will be in Nairobi (in July) but I will not be in charge of the media operations, I will be conducting a seminar for journalists,” Ms Legnani stressed.

The group later met LOC Chief Executive, Mwangi Muthee who reiterated the success of Nairobi 2017 will be shaped by local and international media.

“The media will be be my VIP visitors during this event. We promised to deliver a full stadium and that is what we are planning to do. We want to showcase Kenya to the world and a lot of public money is being used for this event which is all about its legacy.

“You have seen what is going on in that stadium. Everything is being renewed and without this event, such things would not have happened. We are grateful to the IAAF for giving us this event and Kenya is among those interested in the World Under 20 event for 2020.

“If we get it, we will not need to do much, just add a coat of paint here and there and we will be ready to go,” Muthee, a former Kenya Rugby Union chairman told.

Prior to the Kasarani visit, Ms Legnani led her team in visiting Olympic marathon champions, Eliud Kipchoge and Jemimah Sumgong in Kaptagat and Kapsabet under the project that sees journalists spend time with star athletes outside competition.

“We left on the first flight on Monday morning to Eldoret and from there, we drove to Kapsabet to meet Sumgong and her group. They went on a relaxed run in the tea estate, I have been to Nandi a few times but never in the tea estates and it was beautiful.

“We then went to their camp and to the home Jemimah and her husband (Noah) Talam are building but they have now stopped as she focuses on her title defence in London,” the Deputy Director explained.

Sumgong who is based at the Stanley Biwott/Federico Rosa Training Camp in Kapsabet trains alongside Tokyo Marathon winner, Sarah Chepchirchir, Rio 2016 Olympian Visiline Jepkesho and former junior medallist, Purity Cherotich Rionoripo who is preparing for her marathon debut in Paris among others.

On Tuesday, they went for a dawn work out with Kipchoge at the Moi University School of Law Annex grounds a few kilometres from Eldoret along the main Nairobi-Busia highway before they visited the Global Sports Training Camp in Kaptagat.

Beijing 2008 Olympics and Osaka 2007 Worlds steeplechase men champion, Brimin Kipruto and former World Junior champion, Viola Kibiwott were the other top athletes at the camp at the time with Ugandan London 2012 Olympic winner, Stephen Kiprotich and two-time World Half gold medallist, Geoffrey Kamworor away on World Cross duty in Kampala.

During his track work out, Kipchoge spotted the Nike Zoom Vaporfly Elite shoes he will use in his bid to run the marathon distance in under two hours alongside Eritrean Zersenay Tadese and Lelisa Desisa of Ethiopia later this year.

The Science of Sport called for the shoe to be banned claiming the ‘spring plate’ it incorporates has ‘performance implications’ and therefore, they should be outlawed for future credibility.