Year in Review: At Leopards, missed goals is just but the norm 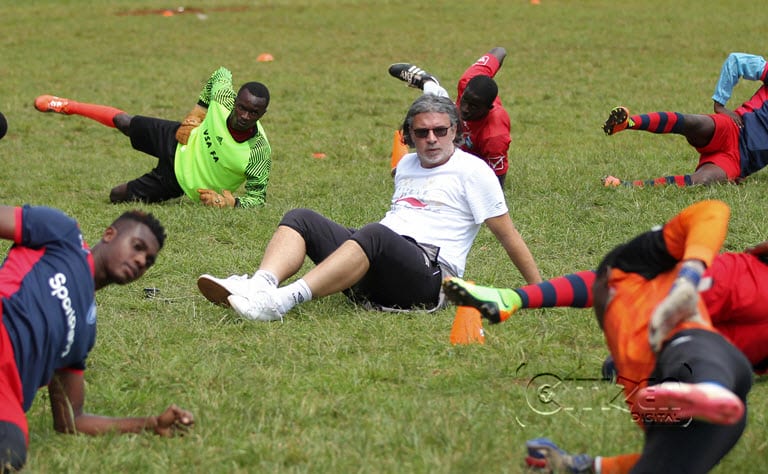 The year 2018 will go down as yet another missed chance for perennial under-achievers AFC Leopards who failed to punch equal to its weight.

Leopards began the campaign as FKF Shield defending champions in February but wrapped up the season without winning a single trophy, and in a disappointing position seven on the Kenyan Premier League table.

Summing the botched campaign, Leopards secretary general Oscar Igaida termed the season as one that failed to meet the “club’s expectations”.

“I can say that  in 2018 we did not achieve our set targets of at least finishing among the top two and retaining the Shield. Our performance was below our expectations,”Igaida lamented.

“We are not used to finishing a season without a trophy as it has happened this year. We have to quickly go back to the drawing board in order to attain our lost glory,” Juma said.

Be at it may, the malaise that continue the dog the club as far as hiring and firing of coaches once again reared its ugly head with a record  seven(7) coaches handling the club.

First on the chopping board was the fiery veteran coach Robert ‘The Lion’ Matano who had helped the team avoid relegation a season earlier but whom had his contract terminated in March 2018 under unclear circumstances, with the executive insinuating he “lacked respect and failed to adhere to teamwork”.The sack came after serving a two- week suspension.

After handing Matano the boot, his then assistant Dennis Kitambi came on board albeit on interim basis but he too quickly exited the den despite an impressive show in the few matches he handled, culminating in him winning the SJAK KPL Coach of the Month for May.

Kitambi appeared to have mastered his free-passing style of football, guiding his lads to win all four matches they played in the month of March with then red-hot striker Ezekiel Odera bagging the player of the month award.

His next fort of call was Bangladesh, re-uniting with his former boss at Leopards, Briton Stewart Hall.

Out went Kitambi and in came Argentine Rodolfo Zapata who steered the club for six months; joining in April but bowing out in October under not-so-clear circumstances too and in his place stepped Tom Juma on short term basis.

But even before Juma could instill his philosophy, in walked Serbian Nikola Kavazovic last month but he too didn’t settle with the executive alleging he had flown back home to attend to a “an urgent family matter” after barely eight days in charge, allowing his 27-year-old ‘assistant’ Marko Vasiljevic to  take charge of Ingwe.

Vasiljevic’s first match in  charge was a one-all-draw against Kariobangi Sharks some ten days ago, before suffering a 3-0 hiding in the hands of Kakamega Homeboyz last weekend where he was brave enough to come out and shoulder the blame.

Granted, at Leopards, it so seems the revolving door of coaches is ever in motion and it remains unclear how many tacticians will handle the team before the year ends.

“The problem of hiring and firing has been on our neck for a long time but we are now confident and hopeful that after appointing Nicola Kavazovic from Serbia, the problem will now come to an end,”Igaida said, putting up a brave face on the matter that has irked the football industry.

According to Igaida and Juma analyses, Leopards have shown that they ready to impress this term– a transitional season that is aimed at ensuring the KPL calendar fully aligns with the Fifa’s by the end of 2020.

“We are the team that pays players better compared to others and I’m confident that the new coach who is a no nonsense tactician will help, ”Igaida gloated.

“The coach is at home for family matters and I think by the end of this week we shall have known when he will be back.