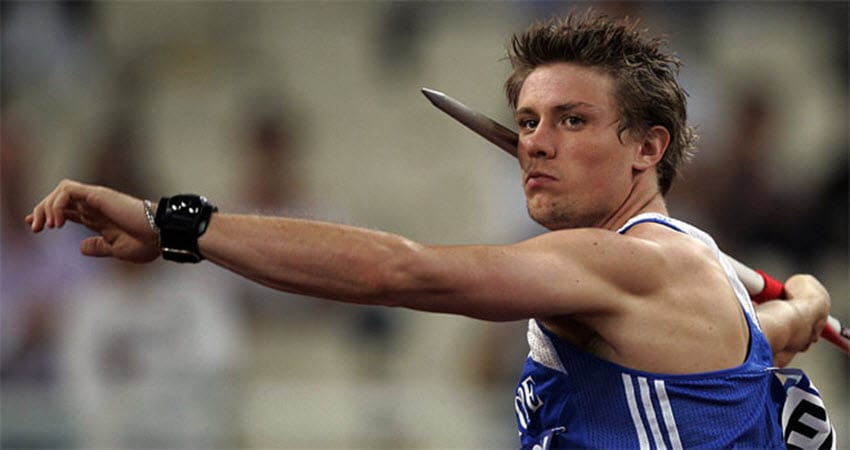 World Javelin champion, Julius Yego has tipped his spear to one of his predecessors to the global title and Norwegian great; Andreas Thorkildsen who was forced to announce his retirement on Wednesday due to injuries.

The Athens 2004 and Beijing 2008 champion won the world title at the Berlin 2009 edition with Yego who clinched the coveted last year in Beijing paying tribute to his a Javelin titan he labelled ‘my mentor.’

“I wish Andreas would have retired in the normal way but sadly injuries have just ended his brilliant career in javelin, he was an amazing thrower, technically the best in the field compared to all of us!” the Commonwealth and two-time African champion told Citizen Digital on Thursday.

“He was strong and always humbled and happy. All in all I wish him all the best and you can bet we will surely miss him as has been in the last few seasons he has been injured. Live life! Live Long! My role model,” Yego added in his touching tribute to Thorkildsen.

He recounted the most memorable moment he shared with the Norwegian great at the London 2012 Games where the Kenyan made history as the first African to throw at an Olympics final.

“I remember I asked him in London about how he manages to throw long throws in competitions and he told me just improve the technique, relax and focus on throwing technically correct and big distances,” the athlete famously known as the ‘You Tube Man’ narrated.

“He also told me when you get it right and reach the 90m mark it’s always difficult to throw below 85m but so easy to throw 90m and higher,” the African record holder added.

After clinching the world title, Yego is keen to follow in the footsteps of the Norwegian this summer at the Rio Olympics Games.

“I have decided to end my career as a professional javelin thrower,” he posted on his Instagram account. “It’s been a fun ride. Thanks for all the support these years. Thanks to everyone who has helped me along the way,” he was further quoted by the IAAF.

The 34-year-old had battled injuries in recent years, trying to regain the kind of form that brought him his two Olympic gold medals as well as the 2009 world title and the 2006 and 2010 European titles.

When he struck gold at the 2004 Olympics at the age of 22, it took most of the athletics world by surprise.

But in the years that followed, he confirmed his status as one of the world’s best throwers and made it on to the podium at eight consecutive major championships.

He threw beyond 90 metres on eight occasions during his career, including at the 2008 Olympics when he broke the Olympic record with 90.57m.