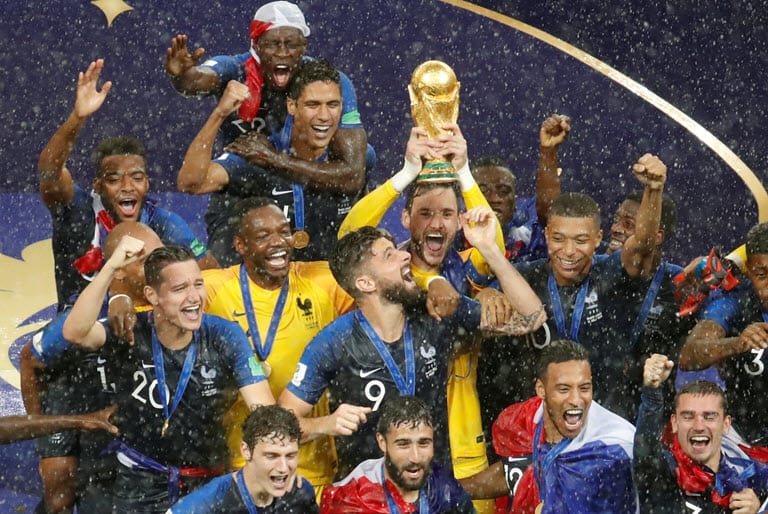 Energetic, disciplined and clinical, France won the World Cup on Sunday with a 4-2 victory over Croatia that, even in such a moment of achievement, still left the feeling there may be much more to come from Didier Deschamps’ outstanding young team.

With key talent Kylian Mbappe just 19 years old and the second youngest squad in the tournament, this triumph could be the start of a memorable era for French football.

Deschamps was lambasted for being over-functional, even boring, two years ago when France lost to Portugal in the Euro 2016 final in Paris but his critics will be silent now.

While he has remained a coach who focuses on creating a solid organisational structure, this time he had the additional threat of Mbappe’s pace and skill to go with the cleverness of Antoine Griezmann and the physical presence and positional awareness of Olivier Giroud.

This is not the France of 1984, the European champions with the creative genius of Michel Platini and Jean Tigana and it is a less expressive team than the 1998 World Cup winners dominated by the brilliance of Zinedine Zidane.

It is, however, a thoroughly modern team, with technically accomplished young players, a distinct identity and no obvious weak points.

“We did not play a huge game but we showed mental quality. And we scored four goals anyway. They deserved to win,” Deschamps said and it was hard to argue.

Their triumph is indeed fully deserved — there simply was no better all-round team than France in this tournament.

Having topped their group, they revealed their counter-attacking flair and the thrill of Mbappe in beating Argentina 4-3 but games which truly showed their character were the expertly-managed quarter-final and semi-final victories over Uruguay and an excellent Belgian team. 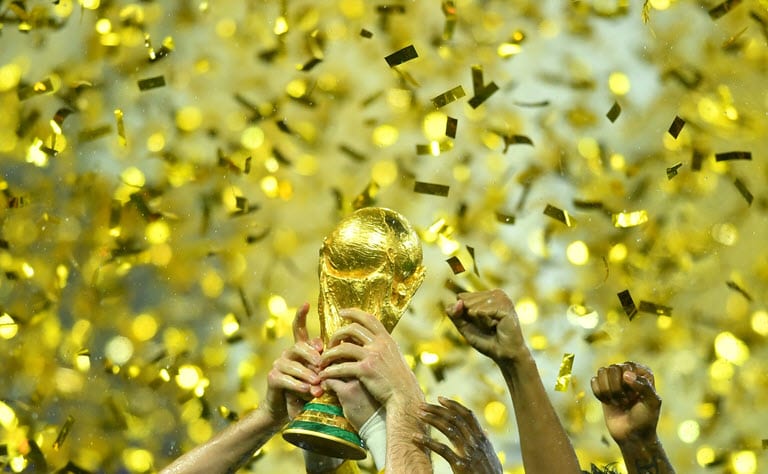 France were not at their best in the final, with Croatia enjoying the better of the possession for long stretches and their defence struggled at times against the directness and speed of winger Ivan Perisic.

It was an own goal and a harshly-awarded penalty, after video review, that put Deschamps’ side in front but once Paul Pogba had driven in the third and Mbappe added a superbly-taken fourth, the title was in their grasp.

Impressively, they won the final without a major contribution from Ngolo Kante, their defensive anchor and the best protector of a back-line in the game, who has formed such an excellent partnership with Pogba in the centre of the field.

Kante was booked in the 27th minute and wasn’t his normal self afterwards but the strength in depth available to Deschamps was evident when he was able to bring on the always reliable Steven Nzonzi in the 55th minute.

With Nzonzi dominating central midfield France were stronger and their last two goals coming after that switch.

As he has done throughout this tournament, Pogba played with great tactical discipline in a largely defensive role but still managed to pop up with the crucial goal to make it 3-1 in the final.

But the player who captures the imagination in this team is without doubt Mbappe, whose terrifying pace sometimes masks his excellent touch and skill.

With experience, his decision-making will improve and he should be an even bigger threat in the 202 European Championship.

The relative youth of the France side is no guarantee of improvement and they will need to show they same kind of hunger and desire that Croatia have shown throughout the tournament.

But it is hard not to feel that Deschamps’ side have another gear available to them and are capable of something really special if they need to.

Argentina and Croatia both pushed France hard and both ended up conceding four goals.

That truly is the stuff of champions.