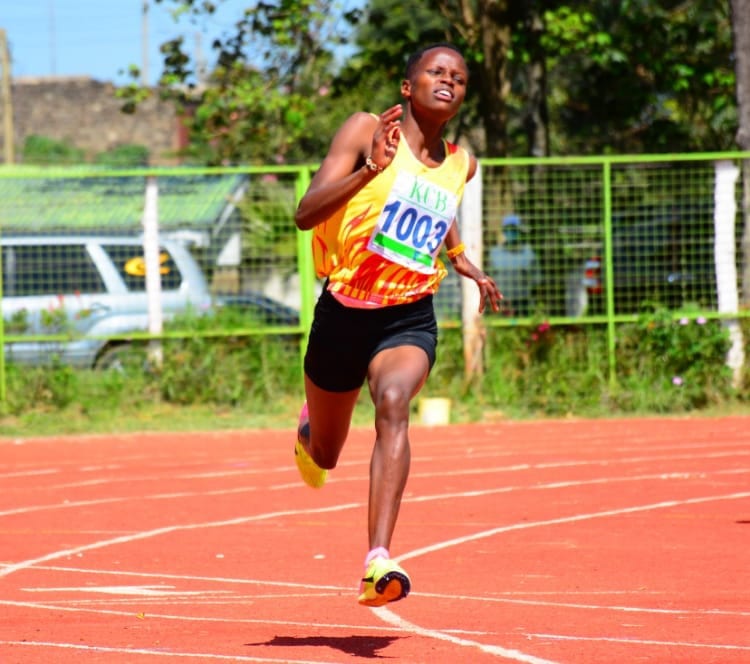 Mercy Chebet stole the show at the South Rift World Under-20 Pre-trials held Saturday at the Kericho Green Stadium.

The form two student at Musaria Seconday School was in a class of her own as she ruled the sprint events winning 100m, 200m and 400m races.

Chebet stormed to victory in 100m after clocking 11.87 seconds beating her closest rival Mercy Cherop (12.38) by close to a second.

The athlete who trains at Kiptere would thereafter seal a hat trick of wins when she clocked 59.99 en route to winning the 400m race.

“I am training hard I know it won’t be easy at the national trials. My dream is to represent Kenya at the World Under-20 Championships,” Chebet said in her post-race interview.

Elsewhere, Keringet-based Benson Kiplangat was the hero in the men’s 5000m clinching victory in his heat after clocking 13:56.2

“I thank God for the win. I did not expect to win but I just kept pushing until I felt I could win and I went for it. My target is to be part of Kenya’s team for the Under-20,” said Kiplangat.

The region is set to select 60 athletes who will compete at the national trials set for next month.

Tuwei said the federation seeks to select a very strong team to represent the country at the global event set for August 17-22 at the Moi International Sports Centre, Kasarani.

“South Rift has always selected a very strong team and from what I have seen today, they have very strong athletes who we will depend on to win gold medals for Kenya,” Tuwei observed.

Korir revealed that Nyanza South will hold its trials on June 11 while North Rift, Western, Central and Eastern will hold their respective trials a day later.

“We want to move with speed and finalise our selection process. We intend to give everybody an equal chance to compete for the available slots in team Kenya,” he said.