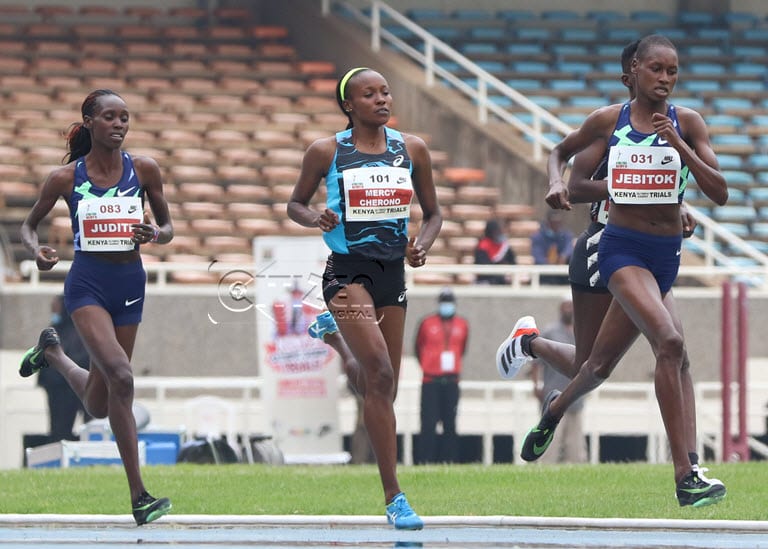 World Under-20 1500m silver medallist Edinah Jebitok is the latest addition to Kenya’s team for Tokyo Olympics after she attained Olympic qualifying mark in 1500m on Sunday.

Jebitok clocked 4:03.06 to win the True Athletes Classics race in Leverkusen, Germany where she also surpassed the Olympic qualifying mark of 4:04.20

The-19-year-old had placed third at the Olympic trials but missed out on the team having not met the qualifying standard.

In a statement, Team Kenya’s General Team Manager Barnaba Korir said Jebitok has secured a slot in the team having met the qualification standard.

“Jebitok becomes the 42nd athlete in our athletics team for the Olympics having attained the Olympic qualifying time. She will be joining the rest of the team at Kasarani as soon as she returns from Europe,” said Korir.

Jebitok will now team up with Olympic 1500m champion Faith Kipyegon and the Africa champion over the distance Winny Chebet who placed first and second respectively at the trials.

“Being a promising upcoming athlete, Jebitok will be joining Kipyegon and Chebet in what will be a formidable team,” said Korir.

As she gears up for her maiden Olympic Games, Jebitok has been a force to reckon with at the junior level having clichéd a bronze medal at the World Under-18 Championships in 2017.

In 2018 she also clinched silver at the World Under-20 Championships in Tampere, Finland and a gold medal at the Youth Olympics held in Buenos Aires, Argentina.

The Olympic qualification window is set to close on Tuesday.

Track and field athletes selected for the Tokyo Olympics have already reported to bubble camp at Kasarani Stadium.