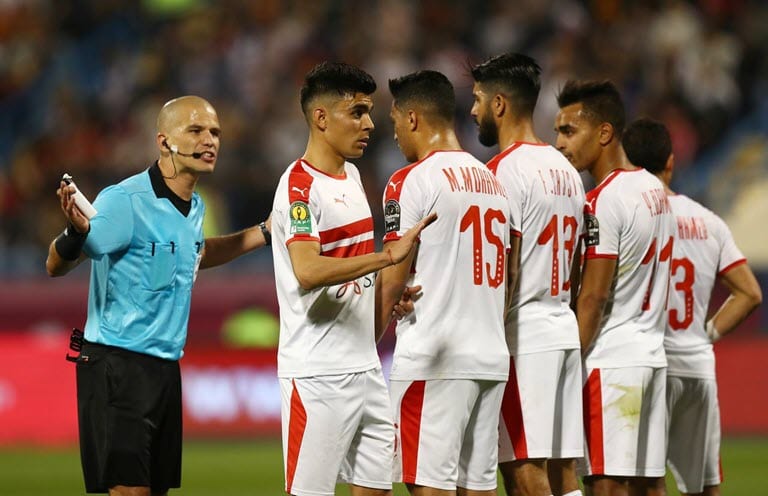 The Egyptian Football Association (EFA) has promised to take action after Cairo giants Zamalek failed to turn up for Monday’s derby against arch-rivals Al Ahly in Cairo.

The EFA apologised to fans after the game was called off and said in a statement on Tuesday its disciplinary regulations would be applied.

Zamalek did not arrive for the game in protest at severe sanctions handed to players and officials from both clubs after a brutal brawl when they met in Abu Dhabi last week in the Egyptian Super Cup.

Zamalek’s controversial president Mortada Mansour was among those fined and banned after the game, which they won 4-3 on penalties following a goalless draw.

Mortada said his side would not play in Monday’s postponed league game, adding to a long list of eccentric pronouncements that have characterised his time in charge of the Cairo club.

He looked to have changed his mind belatedly on Monday and ordered a youth team to travel to play the game but despite reports they were stuck in traffic, the match was called off an hour after the scheduled kickoff time when they had not arrived.

“We have found that there were no obstacles preventing the team’s bus from reaching the venue,” the EFA statement added.

Al Ahly and Zamalek’s rivalry stretches back to 1917, usually played to packed stadiums and fervently followed not only in Egypt but across the Arabic-speaking world. It is regarded as one of the top derbies in world football.

Zamalek last month threatened not to travel to Qatar for the African Super Cup because of the strained relations between Egypt and Middle East state but Mortada later relented and his team went on to win the title.

They followed up a week later with domestic Super Cup success in a match played in the United Arab Emirates in front of thousands of Egyptian migrant workers.

Failure to play in Monday’s derby leaves Zamalek open to stiff sanction but will not have any bearing on their next match on Friday, when they host holders Esperance of Tunisia in the first leg of the African Champions League quarter-finals.

Al Ahly play at the same Cairo stadium the next day in the same competition against Mamelodi Sundowns of South Africa.