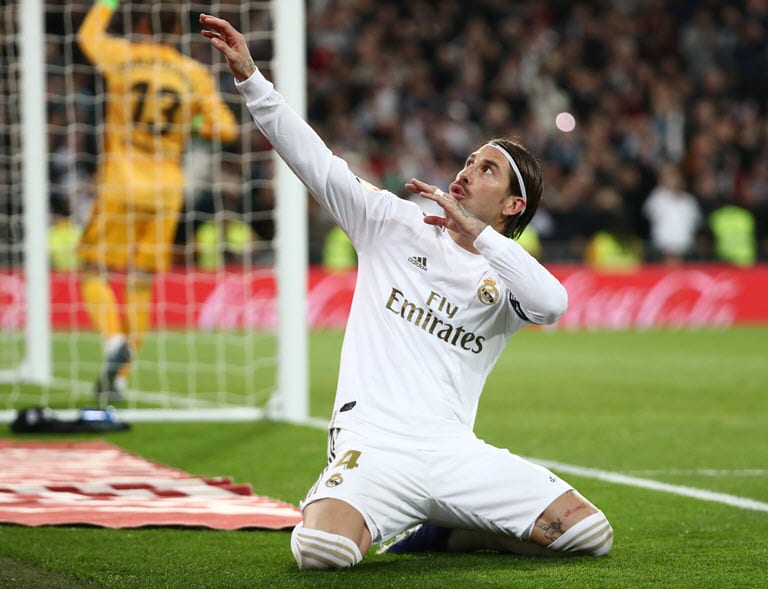 Real Madrid coach Zinedine Zidane has said he will back his captain Sergio Ramos if he decides to represent Spain at the Olympic Games later this year, after the defender was chosen in the preliminary squad for the tournament.

Ramos, who turns 34 next month, is set to captain Spain at the European Championship and has been playing for Real Madrid at his usual relentless pace, starting 30 games already this season.

But Zidane said he is not concerned about the potential knock-on effects of Ramos playing two major international tournaments after another gruelling campaign with Real, who hope to challenge for the Spanish title and the Champions League.

“Of course he should go if he wants to, I will support him,” Zidane told a news conference ahead of his side’s La Liga match away to Levante on Saturday.

“It’s very beautiful to play for your country and especially for a player like him who has done what he has done in his career.”

Speaking in October, Ramos said he was excited by the prospect of playing for Spain at the Games in Tokyo.

He said: “It’s a lovely idea, an event that no-one could say no to, but we’ll see what happens. I get emotional every time I put on a Spain shirt.”

Ramos has never been a substitute since Zidane has been in charge and the coach underlined the defender’s importance to his side, also expressing his desire for the captain to renew his contract, which ends next year.

“Sergio is our captain, our leader, our reference point and he plays better from the start, it’s not in anyone’s interest for him to be on the bench,” Zidane added.

“He is very important for every player in the team. It should be easy for him to get a new contract, I always want him in my team.”

Real lead the standings by one point over Barcelona after seeing their advantage at the top trimmed by last week’s surprise 2-2 draw at home to struggling Celta Vigo.

Their next opponents Levante are 13th in the table but have an impressive record at their stadium, where they beat Barcelona 3-1 earlier this season, and Zidane is expecting a difficult match.

“They have earned 20 points out of the 29 they have this season at home and that tells you the type of game we’re going to have: it will be demanding and difficult and we will have to be well prepared if we want to put in a good performance,” he said.