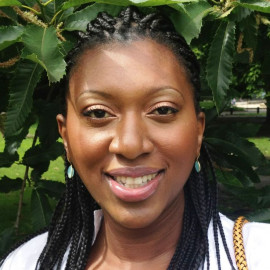 Dr. Patricia King’ori, a Kenyan scholar based in Oxford, United Kingdom has been made a full professor at the University of Oxford.

The sociologist's appointment makes her the youngest Black professor at Oxford and Cambridge University. She also becomes one of the youngest women to become a full professor in the college’s 925-year history.

“To have my body of work recognised in this way is a great honour, and I am deeply grateful to the many people who have inspired and supported me so far,” said Prof. King’ori.

Somerville’s Principal Baroness Jan Royall hailed Patricia as a trailblazer and a woman of firsts.

"Patricia has moved many mountains and shattered countless glass ceilings to secure this historic achievement. In the truest tradition of Somerville, she is a woman of firsts, a trailblazer. And yet, I have no doubt that where Patricia leads with such determination, implacable good humour and brilliance, others will follow,” said Royall.

She holds bachelor’s and master’s degrees in Sociology from the Royal Holloway, received in 2000 and 2001 respectively, and a PhD in sociology from the London School of Hygiene and Tropical Medicine, awarded in 2013.

A recipient of the Wellcome Senior Investigator award, Dr. King’ori has been an Associate Professor in Global Health Ethics at Oxford since 2018.

She has previously served as an adviser to various organisations including WHO, Save the Children, and the Obama administration’s White House Cancer Diagnosis and Treatment in Africa Initiative.