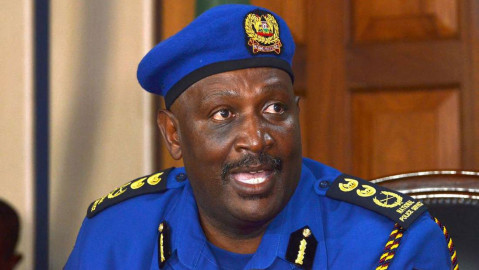 Security has been beefed up, according to Inspector General of Police Hillary Mutyambai, to ensure Kenyan's safety during the festive season.

Mutambayi said 3000 prison wardens have been brought in to supplement police officers across the country during a press conference in Nairobi on Monday, adding that those on leave have been recalled.

“We have beefed up our security; the Commissioner General of Prison Service has given me 3000 officers whom we have declared as special police to work with the National Police Service,” he said.

“I have directed that all police officers who are currently on leave to resume duty with immediate effect. All officers are back to duty,” Mutyambai added.

As part of a strategy to slow the spread of the latest Omicron COVID-19 variant, Kenya's police chief urged Kenyans to move as little as possible.

“We are not yet off the hook on COVID even though we lifted most of the restrictions. If it is possible, spend the Christmas festivities where you are, you do not need to move,” stated the IG.

He further cautioned Kenyans against mass travelling to avoid traffic congestion and accidents as people move upcountry with their families.

“Movement creates a traffic challenge. During the festivities, people would like to move with their families in one vehicle, in case of anything you might unfortunately lose your dear ones,” cautioned Mutyambai.

“I’d like us to exercise caution for the sake of our families. If you can stay where you are, we can avoid so many unforeseen circumstances.”

The police chief further urged Kenyans to exercise vigilance and report any suspicious activity to police stations or through the police hotline numbers: 999, 112 and 0800722203.