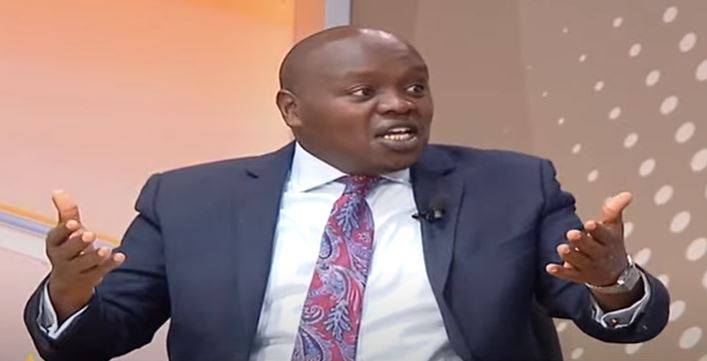 Nandi Senator Samson Cherargei now claims that all the 28 Senators who passed the controversial Political Parties (Amendment) Bill on Wednesday were bribed with Ksh.100,000 each.

Senator Cherargei, speaking on Citizen TV's Daybreak show on Thursday, alleged that the lawmakers were intimidated adding that the constitutionality of the Bill was compromised.

He affirmed that the matter will be disapproved once it is moved to court arguing that such tendencies are a great threat to the democracy of the nation.

"I can assure you if this matter goes to court this law will be disallowed and I said it on the floor of the Senate yesterday that parliament will be embarrassed by the court of law because the process has been shunned with violence, intimidation, blackmail, bribery," he posed.

"...You could even tell when we were doing the debate people were in morbid fear because they were in intimidated, they were given Ksh 100,000 to pass this law and its a threat to democracy... If this law was good why would they use arm-twisting tactics."

The lawmaker further assured that the process to challenge the approval of the Bill in court was underway claiming they will use robust measures to ensure that the law is not used in the upcoming August polls.

"From today henceforth we are headed to court, our lawyers are on it as we talk. We shall move it to court to make sure that this Law is not functioning because it's unconstitutional and contravenes any tenancy of the process," stated Cherargei.

The passing of the bill was considered a big win in favour of the 'Azimio la Umoja' movement allied to ODM boss Raila Odinga.

Senators debated the bill from Tuesday following its approval by the National Assembly in December.

The Independent Electoral and Boundaries Commission (IEBC) is also among those who took issue with the bill arguing that the definition of the bill creates ambiguity on what a coalition of political parties was when other parties were allowed to field individual candidates.