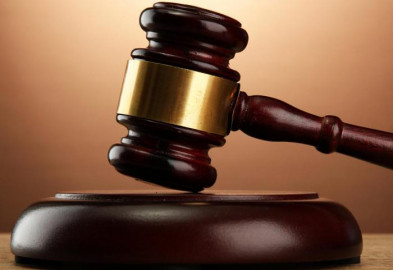 Five businessmen who had been charged in a Ksh.800 million land dispute in Kiambu have been acquitted by a Nairobi court.

The accused; politician George Jonathan Maara, John Peter Kamau, James Gichere Mburu, John Maina Waithera and Stephen Muiruri had been taken to court by one Isaac Maina Wandera who accused the of damaging his property.

Politician Maara had been charged with an additional count of misuse of firearms for allegedly threatening to shoot Rimon Lientikei and Richard Mutisya who were guarding the premises.

The accused, through Lawyer Mwenda Njagi and Kiraithe Wandugi, argued that the prosecution ought to prove the ownership of the property and whether the said property was destroyed or damaged.

“...for an offense of malicious damage to stand the Complainant must be the registered owner of the property alleged to be destroyed,” they argued.

“There were no receipts to show that the Complainant had purchased or owned the fence alleged to have been destroyed.”

An officer investigating malicious damage to the Ksh.20 million property belonging to Isaac Maina said all suspects were charged after clearance by the public prosecutor.