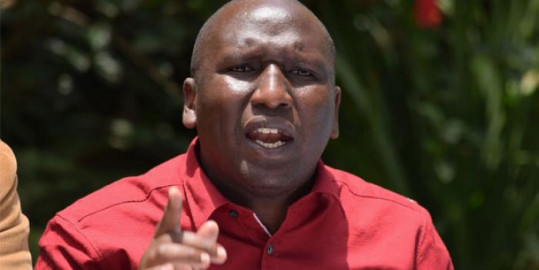 DPP Haji, in a letter on Tuesday, directed Inspector General Hillary Mutyambai to launch investigations against Cheruiyot over a video in which the senator is addressing a rally at the Eldoret Sports Club in Uasin Gishu County.

“The alleged remarks captured in the video clip make reference to the racial identity of an elected leader, which utterances could incite feelings of contempt, hatred, hostility, violence or discrimination,” stated Haji in the letter.

He further instructed IG Mutyambai to submit his findings within seven days.

“In this regard, you are hereby directed to institute comprehensive investigations… to determine whether any offence(s) has been committed by the said Senator and submit the resultant investigation file within seven (7) days of the date hereof,” stated the DPP.

Senator Cheruiyot becomes the latest lawmaker to come under probe over alleged incitement. On Monday, the DPP directed Mutyambai to launch a probe on Kitutu Chache South MP Richard Onyonka over incitement claims.

His order followed Saturday’s directive which called for an investigation against Meru Senator Mithika Linturi, who is also being accused of incitement.

Linturi has since been arraigned and released on a cash bail of Ksh.2 million or Ksh.5 million bond with a surety of similar amount.