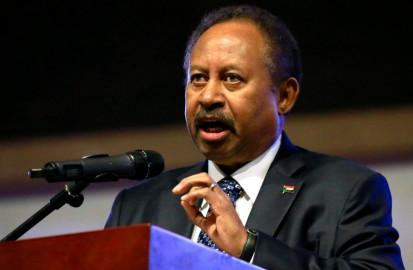 Sudan Prime Minister Abdalla Hamdok has resigned after another day of mass protests rocked the capital Khartoum with a political deadlock still in play.

In a televised speech on Sunday the PM announced that he had tried his best to lead the country out of its current crisis.

“In view of the fragmentation of the political forces and conflicts between the (military and civilian) components of the transition… despite everything that has been done to reach a consensus… it has not happened,” he said.

His resignation comes less than two months after he signed a political agreement with the military following the October 25 coup.

Thousands marched against a recent deal he had done to share power with the army, who staged a coup in October.

Hamdok's decision to quit leaves the army in full control of the government.

The former United Nations official seen as the civilian face of Sudan’s transitional government, was reinstated in November amid international pressure in a deal that called for an independent technocratic cabinet under military oversight led by him.

Sudan has a long history of military coups and has undergone a fragile journey toward civilian rule since the 2019 ouster of autocrat Omar al-Bashir following mass popular protests.