'She is no longer my relative,' Atwoli says after estranged wife Mama Roselinda joins Ruto's UDA 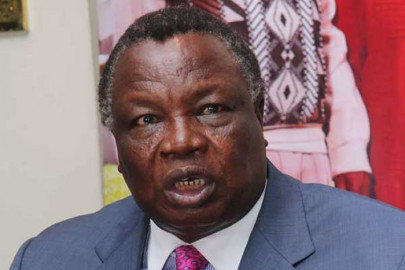 Mama Roselinda was officially welcomed into the hustler movement during Ruto's Friday tour of Western Kenya where she was introduced to the public alongside other new members.

COTU boss Atwoli would later take to social media announcing that Mama Roselinda is "no longer on the list of my relatives."

"Roselinda was surrended to William Ruto in 2007 in his Eldoret town house. She is no longer on the list of my relatives," said Atwoli.

He added: "Ruto can now add her, FREE OF CHARGE, to his two recently acquired bearded wives to him have three wives from western. Western Kenya is in Azimio."