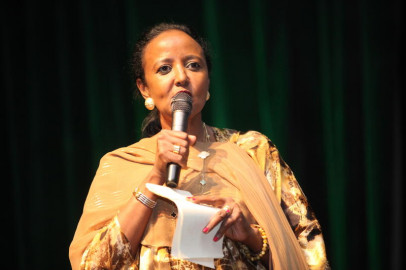 Cabinet Secretary Amb. (Dr.) Amina Mohamed has sent a message of condolence to the Embassy of the Republic of South Africa in Nairobi, and the family and friends of Archbishop Desmond Tutu who passed on today.

CS Amina described the anti-apartheid hero and Nobel Peace Prize laureate as a bold and fearless champion of human rights, an emblem of courage, and a strong advocate for justice, peace and equality.

“I remember listening to him at the Oxford Union and during the Bynum Tudor Lecture at Oxford University in 2010. He was articulate and insightful in his description of a South Africa of gone ages that was then writhing in injustice brought about by apartheid.

“He capped his speech by emphasizing that  “what happened in South Africa is proof that the best kind of security does not come from the barrel of the gun, but when the inalienable rights of all are recognised and respected””

CS Amina noted that Archbishop Tutu’s immense contribution towards the liberation of South Africa from apartheid, his intervention to bring peace and reconciliation in warring nations, and his push for Pan-Africanism will never be forgotten.

“The work that Desmond Tutu leaves behind will inspire generations to come. He has fought the good fight, he has finished the race. May his soul Rest in eternal Peace,” said CS Amb. Amina Mohamed.