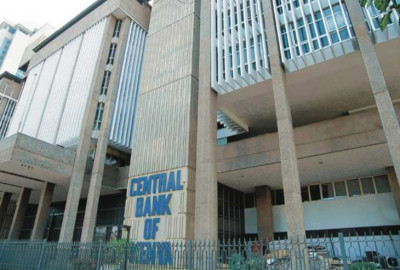 The Central Bank of Kenya (CBK) has left its benchmark lending rate unchanged at seven per cent at its twelve straight Monetary Policy Committee (MPC) meeting on Wednesday.

The CBK has once again retaliated that its current accommodative monetary policy remains appropriate to anchor economic growth.

The hold which signalled the retention of low-interest rates on commercial bank lending was however widely expected with analysts pointing to the need for the CBK to anchor down growth in another year characterised by volatility including the upcoming August 9 general elections.

In spite of global inflationary risks, the CBK expects the cost of living to remain in check domestically with the rate of inflation held down within the government target range of 2.5 to 7.5 percent by recent interventions including electricity tariff reductions and the operation of the fuel price stabilisation mechanism.

Meanwhile, the reserve bank expects the economic rebound witnessed in the first three quarters of 2021 to persist into the New Year.

“The economy is expected to remain strong in 2022, supported by continued strong performance of the services sector, recovery in agriculture and an improvement in global demand,” the CBK said.

The banking industry remains stable and resilient with the stock of gross non-performing loans (NPLs) falling to 13.1 per cent at the end of December from 13.6 per cent in October with notable recoveries in the sectors of manufacturing, personal and household loans, transport & communication and construction.

At the same time, private sector credit growth has increased to 8.6 per cent in December 2021 from 7.8 per cent in October with the largest recipients of credits being the sectors of transport & communication, manufacturing, trade, consumer durables and business services.

The CBK MPC is expected to convene again in March.