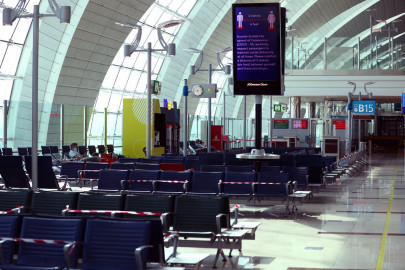 The government has lifted the ban on all passenger flights from the United Arab Emirates which was imposed two weeks ago.

According to the Kenya Civil Aviation Authority (KCAA), the ban was lifted on Monday night even though Dubai is yet to lift its ban on flights from Kenya.

“Kenya shall do a NOTAM lifting the suspension of flights to and from the UAE  from midnight tonight,” KCAA Director-General Gilbert Kibe said on Monday.

He declined to divulge the circumstances under which it was waived, saying “the reason for lifting up the suspension is not for public consumption.”

Kibe further stated that the Authority is expecting that Dubai also lifts the restriction in response.

The ban did not, however, affect cargo flights from Dubai into Kenya.

In banning flights from Kenya, the Dubai Civil Aviation Authority stated that travelers from Nairobi were testing positive for COVID-19 upon arrival in the country whereas they carried negative test results.

“They banned flights from Kenya due to many false negative COVID-19 PCR results. The Ministry of Health is investigating and will report findings soon. Several other African countries were red-listed as well,” Kibe said.

He added that authorities had discovered a scheme involving rogue private medical testing centers that issued fake COVID-19 PCR results to aid their travel to the Middle East country.