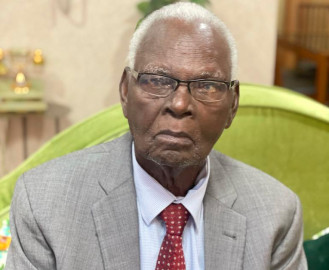 According to the family, Mr Githanga passed away on Wednesday afternoon at Nairobi Hospital after a long battle with cancer.

Peter Gachoki, the deceased’s son, said his father was admitted to the hospital on Monday last week after his condition worsened and that they were shocked after receiving news of his passing. He was aged 93.

"He had been ailing for long until today when he died," Gachoki said in a statement.

Family members will be meeting daily at the deceased's home at Ithareini village, Kirinyaga County to make funeral arrangements for the deceased.

Kathanga served as MP during the late President Jomo Kenyatta' regime. He was the second elected MP in Gichugu following the country’s independence.