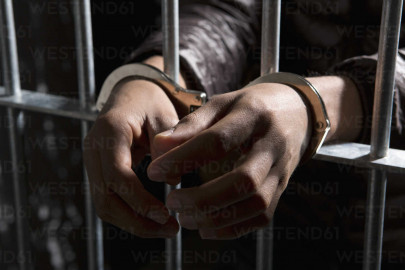 Three suspects were on Monday arrested by detectives in Ruiru town over their alleged connection to the murder and injuring  of several women in the area.

Their arrests follow the apprehension and arraignment of the primary suspect; serial killer and rapist Paul Mogara, on October 14, 2021.

“The trio, Jeremiah Ongati Makambo aged 30, Silas Kipyegon aged 24 and 35-year-old Daniel Gatunguta are specifically linked to the murder of Lovince Njoki who was hacked to death in Wataalam area on August 23, 2021,” the DCI said in a statement.

The three men are said to have  made away with the deceased’s phone , which proved to be their undoing,  as detectives would later use it to track them down.

“The nabbed trio has since used the handset interchangeably, until the detectives pounced on them and recovered the exhibit,” the DCI added.

The DCI similarly revealed that one of the survivors of Magara’s earlier assault, eighteen-year-old Anne Mumbi, who was attacked by the serial killer in her home together with her sister Winfred Kalumi, had succumbed to injuries sustained during the attack.

“Meanwhile and on a sad note, the 18-yr-old victim who had been admitted at the Kenyatta National Hospital's Intensive Care Unit after being attacked by the dreaded Magara alongside her 19-yr-old sister succumbed to the injuries. The two were attacked in their sleep by the lone agent of death, who mastered access to their house before committing the monstrous act, leaving the two for dead,” the DCI said.

“The DCI condoles with the family of the late Ann Mumbi, and tirelessly works to bring to book the felons who have caused untold pain and grief to the families and victims of the string of attacks in the area.”