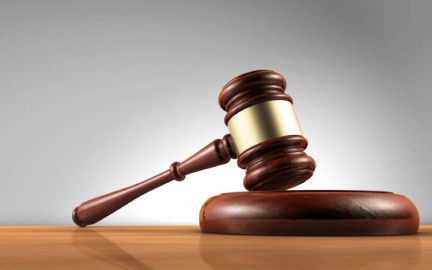 The High Court has suspended the hearing of a Ksh.102 million money laundering case against a college student after two women appeared in court claiming to be her.

The student, Felista Nyamathira Njoroge, 21, was mysteriously wired the money on November 2021 by a Belgian businessman whom she claimed to be her lover.

The subject has been a matter of discussion since the Assets Recovery Agency (ARA) raised concerns that the account might be a conduit for money laundering.

In the Wednesday hearing, Justice Esther Maina was rendered into confusion as the two women instructed lawyers to challenge the cash freeze suit by ARA.

Justice Maina therefore suspended the hearing for another 90 days to allow the two to appear at the Directorate of Criminal Investigations (DCI) offices to determine their real identifications.

In an application issued on November 17, 2021, that froze her bank account for 90 days, Ms Njoroge wanted the freeze suit disposed saying she has the right to engage in business and develop relationships as enshrined in the Constitution.

Through lawyer Thomas Maosa, the 21-year-old student accused ARA of malice saying the agency didn't seek any explanation from her regarding the funds in her account.

She claimed the recovery agency painted her in bad light by issuing press releases, yet no papers had been served upon her.

The case will be mentioned on May 16.