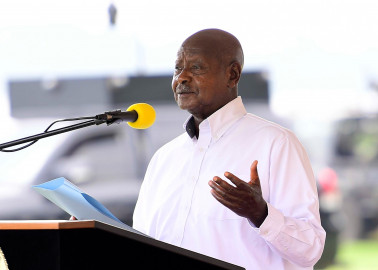 Uganda has finally lifted its night-time curfew as it seeks to fully reopen the economy after almost two years of partial closure due to the COVID-19 pandemic.

The Ugandan government on Monday vacated the 6 p.m. restriction which has been in place since March 2020.

This is, however, with the exception of motorcycle taxis which are only allowed to operate until 7 p.m.

President Museveni noted the restrictions imposed on the boda boda riders were up for review by the National Covid-19 Taskforce, though, arguing that they were being limited for the wrong reason.

“​​What I said is factual in opening up the economy. The only issue that has remained is my people of the boda boda. I said they should wait but I have heard them,”  Museveni was quoted by local media as saying.

“Then I asked the other team, the committee comprising of scientists, and asked them “why are they keeping boda boda under lockdown?”

The Head of State added: “It appears they were focusing on the security aspect, so I have ordered them to review because we have been fighting Covid-19 not security issues.”

While some bars, nightclubs, theaters and entertainment joints reopened, others have reportedly been sold off, changed business or closed down completely during the lockdown.

Uganda reopened its schools two weeks ago after the March 2020 closure which has been described as among the world’s longest since the onset of the pandemic.

According to local media reports, Education Minister Janet Museveni also said all learners had been automatically promoted to the next classes without any examinations as is usually the case.