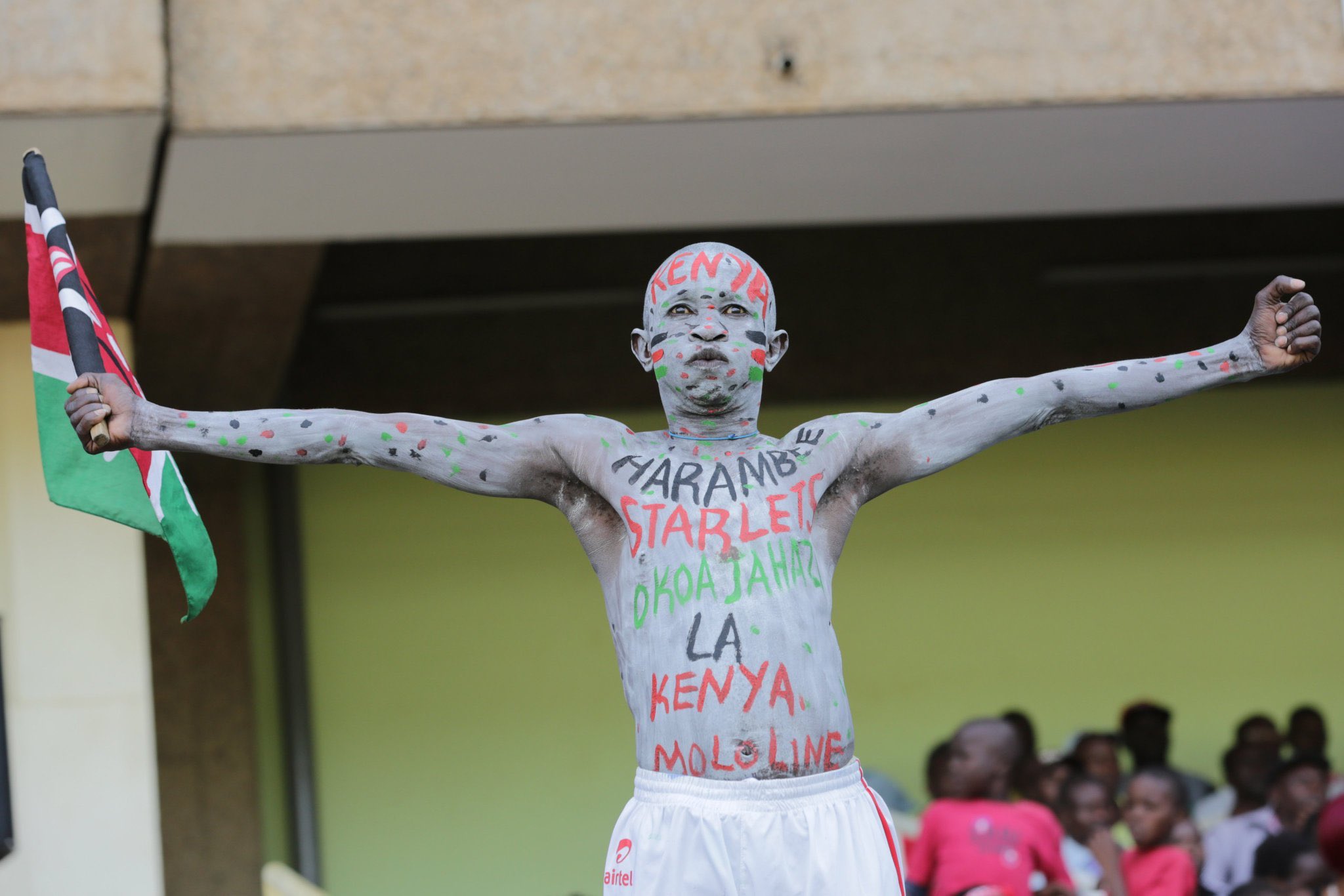 Kenya football fan Isaac Juma in a past image.

Kenyans have continued to express their condolences to the family of football super fan Isaac Juma, who was reportedly murdered at his home in Kakamega on Wednesday by unknown assailants.

Juma was a well-known figure in Kenyan football until his death, and his support for local teams, particularly Harambee Stars, AFC Leopard, and Home Boyz, was a thing of beauty.

Hundreds of Kenyans shared videos of Juma dancing happily in many of the matches he attended, his body and face painted brightly, and the Kenyan flag hoisted in one arm, after his death.

Deputy President William Ruto was among the first Kenyan leaders to send condolences to the family of the late entertainer.

"We are heartbroken by the loss of the ever-present AFC Leopards and Harambee Stars longstanding fan Isaac Juma," Deputy  President William Ruto Tweeted on Thursday.

"He was a friendly, ever jovial and passionate soccer supporter. Our thoughts are with the family and soccer fraternity during this painful time. Rest In Peace, Juma"

"I am saddened by the death of our  AFCLeopards Harambee__Stars ardent fan, Isaac Juma," Mudavadi Tweeted.

"The late was an ever-present face  on the terraces working up fans and his energy was a motivation to the boys in the pitch. May his family, friends and relatives find peace, as his soul RIP,"

The Orange Democractic Party (ODM) also made a beeline,  with a message for the bereaved, describing the late football fan as strong supporter of Raila Odinga.

The party also demanded for an investigation into the alleged murder of Juma amid claims that he was hacked over a land dispute.

"We mourn the senseless killing of Mr. Isaac Juma Onyango, a renowned football fan and a strong supporter of our party leader,"  the ODM party Tweeted.

"On Tuesday night at his home in Mumias. We urged the relevant security agencies to move with speed to bring his killers to book,"

Goal Africa and Futaa-  premier all-football websites- also sent out messages of condolences   to the family of the late Juma.

"Our thoughts and prayers are with the family he left behind,"

"Kenyan football fraternity is mourning the death of Isaac Juma, the renowned number one football fan, who passed away on Wednesday night," Futaa wrote on Twitter.

"A good heart has stopped beating, a good soul ascended to heaven. On behalf of Futaa we do extend to the family our very sincere condolences,"