Popular hotel DusitD2 among 14 Riverside properties up for auction 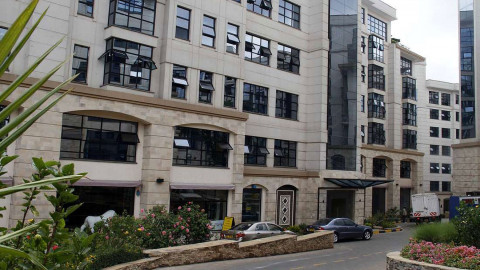 Westlands property 14 Riverside, which houses popular 5 star hotel Dusit D2, has been put up for auction.

The auction will be held at the Heron Portico Hotel situated along Jakaya Kikwete road on February 8, 2022 from 11am according to a Friday gazette notice issued by Moran Auctioneers.

Persons interested in the property situated off Riverside Drive due North of the University of Nairobi's Chiromo Campus, must pay Ksh. 5,000,000 as refundable deposit to the Decree Holder a day prior to the auction time to obtain a bidding number to participate in the auction.

“Interested bidders are requested to view the property between 10.00AM and 4.00PM and our Auctioneer will assist the bidder to point out the property subject to prior arrangements. 25% of the purchase price must be paid to the Decree Holder at the fall of the hammer and the balance to be paid within Sixty (60) DAYS to the Decree Holder failure to which the bidder to forfeit 25% of the deposit amount,” the notice reads in part.

The property area is of approximately 2.093 hectares and the mixed development comprises of 5 office blocks, the aforementioned five star hotel, a parking silo, a High Security Gate and Backup Generator rooms. The built up area is approximately 546,830 square feet.

The development shall be sold either as a whole or based on blocks/ offices to a single buyer or multiple buyers for those interested to buy blocks or floors.

“All interested bidders are requested to view the property and verify the details for themselves as these are not warranted by the Judgment Creditor or the Auctioneer. Sale is subjected to reserve price and the Auctioneer reserves the right to reject any bid without giving any reasons for doing so,” the notice reads. Synergy Industrial Credit is set to auction the property after winning a long-winding suit which will see it move to recover Ksh.4.9 billion accruing from a botched sales deal a decade ago.

The company has been entangled in a dispute with Cape Holdings Limted (Under Administration), the proprietor of the prime Riverside 14 property, since 2010 when a purchase deal worth Ksh.750 million fell through.

The amount paid for the acquisition of part of the office blocks has since accumulated to nearly Ksh.5 billion after interest.

Until a ruling made on December 10 last year, the auction of the complex had remained in limbo following an application by I&M bank which has claims estimated at Ksh.2.8 billion on Cape Holdings with the Dusit property as security for the loan.