ODM Sec-Gen Sifuna: Raila's run for presidency is due to overwhelming pressure from Kenyans 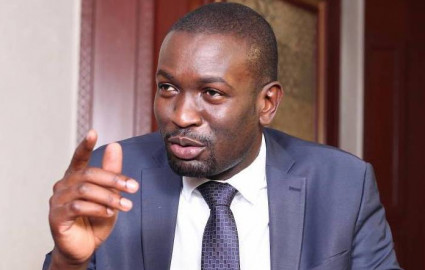 The Orange Democratic Movement (ODM) Party says its leader Raila Odinga’s 2022 Presidential bid is as a result of overwhelming pressure from Kenyans who want him to run for the top seat.

According to the party Secretary-General Edwin Sifuna,  the ODM leader was not going to run for presidency were it not for the great persuasion he says came from Kenyans of many political affiliations.

“Raila took the position that he wasn’t going to run if Kenyans told him that they were done with him or that they were tired," Sifuna told Citizen TV on Tuesday.

"The response, which was not just from members of ODM; we had friends from FORD-Kenya, Jubilee Party, Tangatanga… was that people have faith in him and he should take another stab at the presidency,” he added.

The former Prime Minister is expected to formally declare his 2022 presidential bid on December 10 in a much-awaited event at the 60,000-seater Moi International Sports Center in Kasarani.

“Our expectation is that Raila will listen to the desires of Kenyans and announce on December 10 that he has heeded to the call by Kenyans to give it another try,” added Sifuna.

Sifuna however refused to divulge details into who Raila could choose as a potential running mate, saying the ODM leader does not want to rush into things.

“He has not shared his thoughts yet,” he stated, adding: “The issue of running mates is not a discussion of today nor the 10th because there is a lot of consideration that goes into a deputy.”