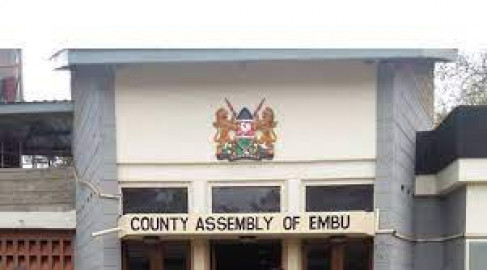 Following the adjournment of Assembly sittings from December 1, 2021 to February 8, 2022, thirty-three members of the county assembly from Embu County traveled to Arusha, Tanzania, for a two-week training session.

This is the second trip of its kind to Tanzania by the MCAs. They were also in Arusha in September to learn basic etiquette and campaign language as they prepare for the 2022 General Election.

Legislators will receive a daily stipend of US$ 332 (Ksh 37,184) and will learn good manners and how to court voters.

According to reports, each MCA will receive a total stipend of Ksh. 520,576 for the duration of the training.

The MCAs alongside the Speaker, Clerk, and a few members of the Assembly's staff will spend millions from taxpayers' funds, as well as an additional two to three million in training fees to be paid to the East and Southern Africa Management Institute (ESAMI).

The MCAs took a whopping Ksh.10 million from the County Assembly Sports Association (CASA) games kitty and transferred it to their foreign travel account to enable them to travel to Tanzania after depleting the account with the previous trip, according to a recent Supplementary Budget passed by the County Assembly.

After some realized that the ground had shifted against their leadership and that they might not be able to return to the Assembly next year, the MCAs who were overheard complaining about being broke vowed to push for more trips to earn them enough money to finance their retirement.

The politicians are also rushing to earn enough money for campaigns and to repay a Ksh 600,000 tax debt from President Uhuru Kenyatta's Ksh 2 million car loan, which was given to them in an effort to lubricate them into passing the Building Bridges Initiative through the County Assemblies.

Despite the fact that they did not travel to Tanzania with their colleagues, a few Ward Reps will be claiming their full per diem allowances.

The MCAs have also milked millions of shillings from around 50 retreats to Nairobi and Mombasa hotels this year, but have only enacted two Bills into Law; the County Budget and Supplementary Budget.

" You will never find our MCAs in Embu there always on the move Tanzania Nairobi and this wastage of public funds" Ndwiga lamented.

At the same time he castigated Embu governor Martin wambora for putting more efforts at council of governors office rather than Embu residents.