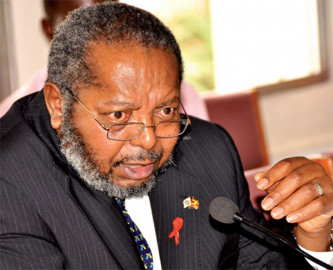 The Governor of the Bank of Uganda Prof. Emmanuel Tumusiime Mutebile is dead.

According to an announcement by the bank's Deputy Governor Micheal Atingi-Ego, Mutebile,72, died on Sunday morning while receiving treatment at Nairobi hospital.

The seasoned economist was admitted to Nairobi Hospital on December 31, 2021 for emergency attention, after he collapsed due to diabetic-related complications.

He had been in and out of hospital in recent years.

Prof. Mutebile served as Governor and Chairman of the Board of Directors of the Bank of Uganda since 2001 to date. He served as Secretary to the treasury from 1992 to 2001 when he was appointed Governor.

He is remembered for spearheading the design and implementation of the Economic Reform Program that restored Uganda from the economic crisis of the 1970s and 1980s.

He also worked as a consultant for multilateral and regional organizations including the World Bank, International Monetary Fund and for the governments of Rwanda, Kenya, Tanzania, Eritrea, and Nepal.