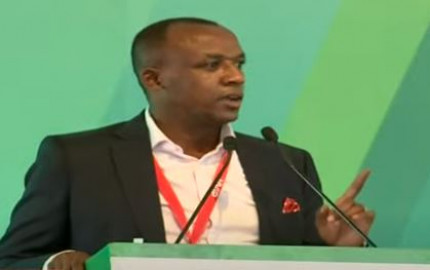 He says the penalties outlined in Environmental Management and Co-ordination Act (EMCA) are like a slap on the wrist which makes those found guilty of pollution walk away without being dealt with accordingly.

"The fine that is under the EMCA act is so easy to pay. You pollute and put effluence into Athi River and they easily pay. Why do we allow people to pollute our environment," said Mutula while speaking at the Devolution Conference on Wednesday.

He blamed reluctance by law enforcement agencies as the key factor contributing to the pollution of main water bodies in the counties of Makueni and Kitui.

A strategy plan for developing an overall plan on strategic interventions between the national and county governments to deal with the effects of climate change will be presented during the three-day conference.