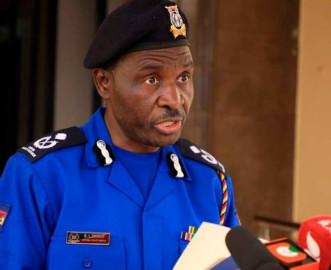 The National Police Service (NPS) has distanced itself from allegations from Deputy President William Ruto’s camp that claimed the law enforcement agency is deliberately ignoring cases of violence that have rocked the DP’s political rallies recently.

In a statement penned by Police Spokesperson Bruno Shioso on Wednesday, the police service labelled the allegations as baseless and false in nature, citing that the accusers were only interested in ruining the police’s image in the eyes of the public.

“The allegations are utterly baseless and false in nature and are maliciously intended to injure the reputation of the NPS and its officers. None of the allegations listed in the said letter has been formally reported to the NPS,” the statement reads in part.

"The allegations form a sustained and regrettable streak of unfounded, outrageous and provocative allegations by the leadership of the party.”

NPS similarly underscored that it would continue carrying out its constitutional mandate to uphold the law and in the implementing of protocols that guide the conduct of political rallies.

The NPS consequently urged members of the public to exercise sobriety and refrain from acts and deeds that undermine government institutions that are critical to the unity and security of the nation.