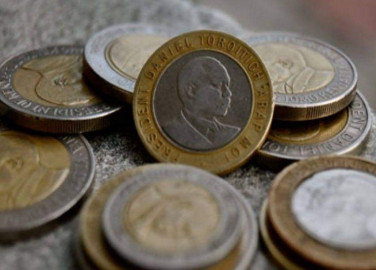 While a lot of focus has been drawn on the dwindling value of the Kenyan shilling against the US dollar, the local unit has still marked better days against other leading world and regional currencies.

An analysis of the local unit’s valuation against seven major currencies shows gains in three of the currencies.

For instance, the Kenya shilling marked gains of 7.5 per cent, 5.6 per cent and 4.7 per cent against the Japanese Yen, the South African Rand and the Euro respectively across 2021.

The gains for the local currency have served to offset losses of 3.5 and 2.1 per cent each against the US dollar and the British Sterling Pound.

Closer home, the shilling which has a greater valuation to that of its neighbours shed 6.9 and 4 percentage points against the Ugandan and Tanzanian shilling respectively in the calendar year.

Gains by the pair of regional currencies has been flanked by better returns against the US dollar with the Ugandan shilling for instance closing 2021 with yields against the green buck.

Despite the mixed bag of fortunes for the local unit, the Central Bank of Kenya (CBK) which holds its first Monetary Policy Committee (MPC) for the year on Wednesday has retaliated that the general weakness in the Shilling aligns to the performance of other notable world currencies.

Previously, the lender of last resort has said it neither targets a range nor direction for the shilling and that it only intervenes to minimise volatility on the local unit.

The shilling’s losses against the US dollar have continued at the start of the year with the local unit shedding half a percentage point against the green buck in the year so far.

The shilling was quoted at Ksh.113.54 at the close of trading on Monday.