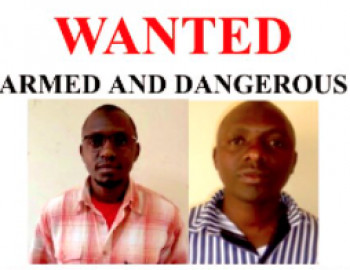 The Directorate of Criminal Investigations (DCI) has released the names of five wanted terror suspects believed to be armed and dangerous to the public.

In a statement issued on Tuesday, the DCI offered a Ksh.10 million reward to anyone who will volunteer information that would lead to the arrest of any of the suspects.

"He (Elgiva Bwire) is said to have vowed to carry out attacks in the country against civilians and security personnel," said the DCI.

According to detectives, Salim Rashid Mohamed who hails from Mombasa and has previously been linked to a number of various criminal activities is suspected to have joined a terrorist group in Mozambique named Daesh.

Barigi Abdikadir Haila, who hails from Moyale, Marsabit County, is said to have recently joined Al Shabaab in Somalia.

Trevor Ndwiga, who was out on bond over terrorism charges is suspected to have joined the Al-Shabaab in Somalia. He is suspected to be planning to sneak back into the country to carry out attacks.

Muhammad Abubakar, is also a member of the Al-Shabaab hailing from Kibokoni area within Mombasa Old Town in Mombasa county.