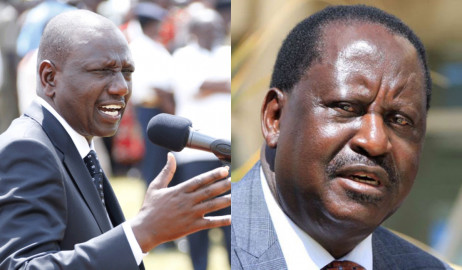 ODM leader Raila Odinga will tour West Pokot on Monday as he traverses the country, popularizing his call for National Unity.

The former Prime Minister will engage local leaders and delegates in a consultative meeting.

He is also slated to hold a series of rallies in county as he seeks support from locals ahead of next year's elections.

Meanwhile, The Deputy President will  kick off his tour of Narok by attending a thanksgiving ceremony for nominated MCA Leah Naikanae at  Olpito in Narok at around midday on Monday.