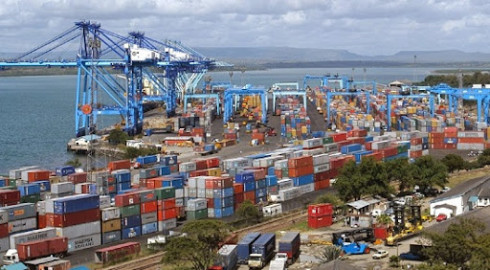 Kenyan exports recovered to post an 11.7 per cent growth last year to Ksh.765.2 billion ($6.739 billion) according to provisional data from the Central Bank of Kenya (CBK).

According to the CBK data, the exports rose from Ksh.685 billion ($6.033 billion) in 2020 as the economy re-emerged from the initial impact of the COVID-19 crisis.

Most of the exports by broad economic category recorded a double-digit rate of growth in the calendar year with manufactured goods posting the highest jump at 33.4 per cent.

The drop in tea exports has been attributed to the normalisation of sales after importers in destination countries stepped back on stock-piling the green-leaf after initial interruption fears in 2020.

Meanwhile, imports have grown ahead of exports registering a 23.6 per cent rate of growth to Ksh.1.8 trillion ($16 billion).

Oil imports jumped by 50 per cent in the calendar year to Ksh.222.6 billion ($1.96 billion) to anchor down the general rise in import costs for the year.

The higher oil import bill is attributable to the recovery in global oil prices across 2021 following the reopening of global economies to commerce after an ease of widespread restrictions.

Kenya’s current account deficit (CAD) has as a result of the higher imports jumped to 5.4 per cent of GDP from an estimated 5.2 per cent but remains within CBK’s sweet spot.

“This points to stability and a well-behaved forex exchange market supporting what has happened so far,” CBK Governor Patrick Njoroge said on Thursday.