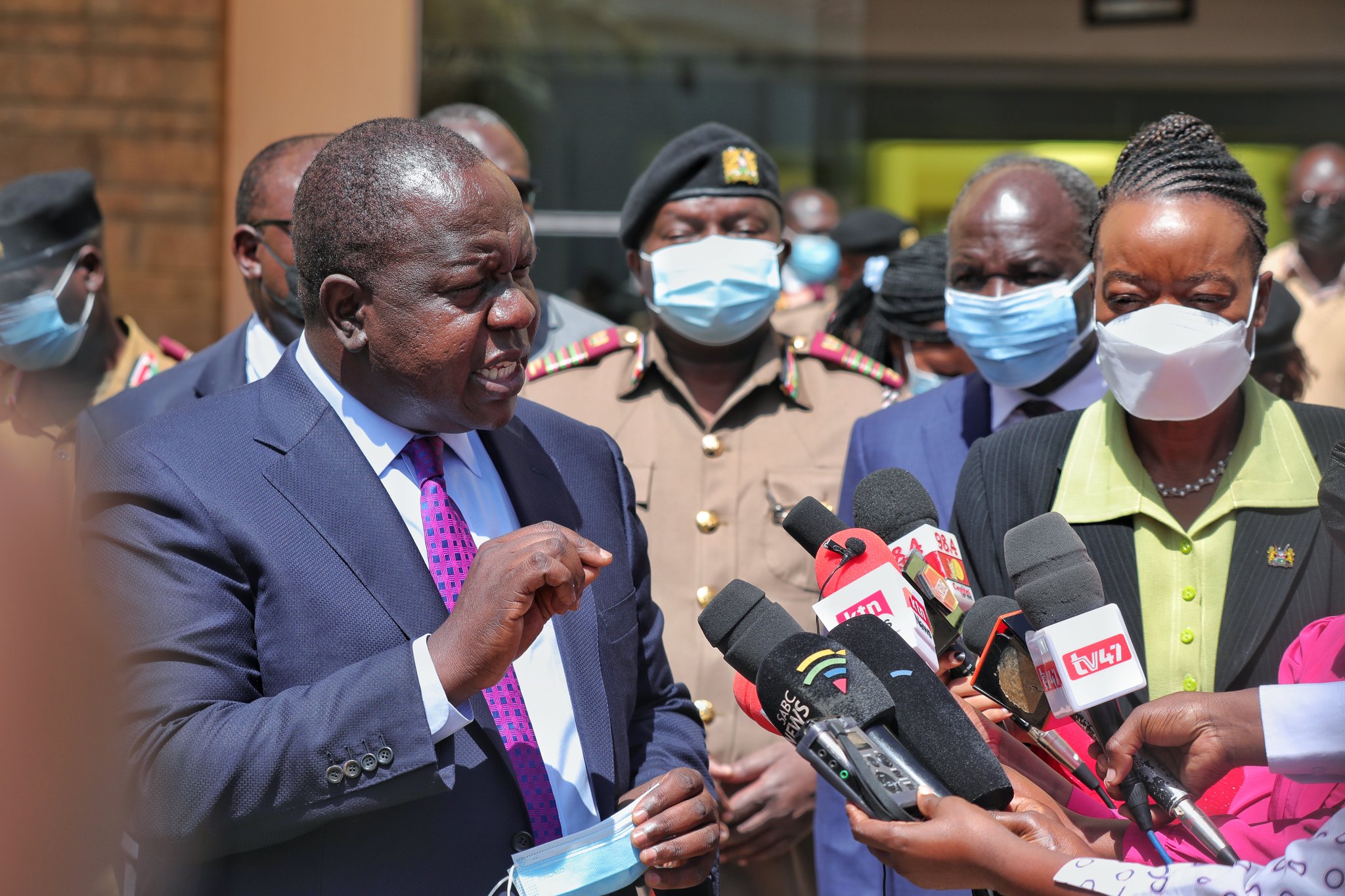 People residing on land set aside for power transmission lines across the country have 30 days to clear from the areas before the government takes action.

CS Matiang'i however said the government would be swift in the clearance exercise which he said will follow due process.

“The clearances that will be coordinated by country commissioners and grassroots-based National government administrators will be done humanely and in consultation with the affected individuals,” said the Interior CS.

He was addressing regional and country commissioners, county police commanders and senior managers of the Kenya Power and Lighting Company (KPLC) and other energy parastatals.

Dr. Matiang'i explained that the move by the government was geared towards curbing vandalism cases witnessed towards the beginning of the year which resulted in countrywide power blackouts for about two days.

“The country was plunged into nationwide darkness when four pylons tumbled down in Embakasi after vandals reportedly tampered with critical parts of ten installations,” the CS explained.

“A scheme to vandalize more pylons in Naivasha that could have resulted in weeks of the blackout was thwarted by security intelligence.”

Matiang'i was accompanied by Energy CS Monica Juma where he addressed regional and country commissioners, county police commanders and senior managers of KPLC and other energy parastatals.

“We must work together to be a step or two ahead of these criminals. This is not about the Ministry of Interior or that of Energy but the safety of our people working hand in hand will ensure we deliver secure transmission and that our people have access to safe energy,” said Matiang’i.

The CS revealed that depending on the load and expansions of wayleaves, a distance of 60 and 120 meters on either side of the transmission line would be maintained.

Similarly, Matiang'i recounted President Uhuru Kenyatta’s directive on the ban of scrap metal trade saying that it served the purpose of eradicating the sabotages.

“The administration was also tasked with the enforcement of the ban on the trade on scrap metal that was announced by President Kenyatta last week and that is intended to discourage vandalism of critical infrastructure by denying the material a ready market,” he said.

Energy CS Monica Juma on her part underscored the urgency of focusing sharp attention on energy infrastructure as effects of disruption to the economy and the country’s security are colossal.