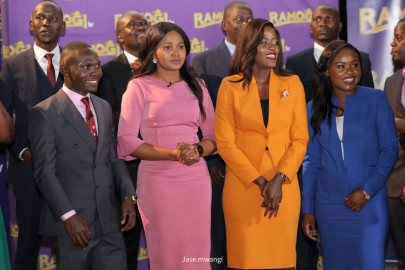 The channel, which broadcasts in the Luo language known as Dholuo, hit the airwaves at a colourful ceremony that kicked off a new era in broadcasting.

Ramogi TV will follow the same winning formula that has underpinned the success of Citizen TV and Inooro TV including world-class news, high-quality features, people-driven talk shows hosted by the best media personalities in the market.

Entertainment during the launch ceremony was provided by arguably the biggest Ohangla artist in the country at the moment, Prince Indah.

Below are some photos from the successful launch of Ramogi TV:

[ALL PHOTOS BY: JASE MWANGI]