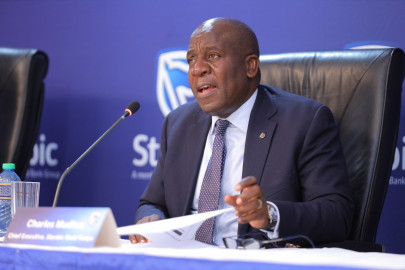 Stanbic Bank Kenya has posted a 41.7 per cent jump in earnings through nine months to September 2021 with profits at Ksh.5.1 billion from Ksh.3.6 billion last year.

The growth in profitability is attributable to higher operating income in the period alongside lower expenses.

The lender’s total operating income has grown by 8.7 per cent to Ksh.17.5 billion from Ksh.16.1 billion in September last year.

At the same time, Stanbic bank has managed to cut both its interest and other operating expenses in the period.

The fall in interest expenses is attributable to a cool down in customer deposits to Ksh.212.9 billion in the period from Ksh.226 billion previously.

Moreover, the bank has trimmed its cover for loan defaults to Ksh.1.5 billion from Ksh.2.9 billion last September.

“Our customer loans grew by 11% and our revenue increased by nine per cent on account of increase in earning assets, growth in non-financial income and lower cost of funds,” said Stanbic Bank Kenya Chief Finance Officer Abraham Ongenge.

The bank says its growth has also been driven by increased focus on micro-small and medium enterprises (MSMEs).

Stanbic Bank Kenya Chief Executive Officer Charles Mudiwa expects the momentum of growth to be sustained into next year.

“We are looking forward to a stronger 2022 and a more sustainable recovery. We remain committed to protecting shareholder wealth and putting our customers first, continuously innovating to offer relevant solutions to meet their needs,” he said.

The bank which declared an interim dividend in June is widely expected to make a final payout to shareholders after booking its full year earnings early next year.