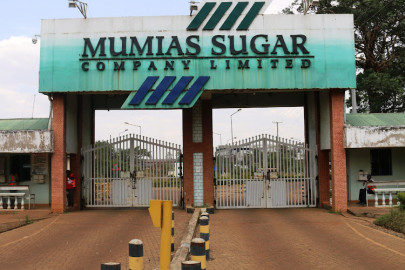 In a ruling made on Tuesday evening, January 25, 2022, the judge said the interim orders will stay in place until March 14, 2022, when the matter comes up for hearing.

Dismissing an application to lift the orders stopping Sarrai Group Ltd from beginning to revive the debt-ridden miller, Justice Wilfrida Okwany said the case by five shareholders-cum-farmers was urgent “and worthy of the orders to protect the subject matter”.

Lawyer James Orengo representing the County Government of Kakamega, protested the six-week window given to the five farmers and shareholders to prepare for the trial as too long.

Besides the farmers being given time to respond to evidence by 10 defendants, Justice Okwany allowed West Kenya Sugar Company Ltd, through Senior Counsel Paul Muite and lawyer Martin Gitonga to join the suit.

This is the third time Sarrai Group is being dealt a blow after the high court stopped it from taking over Mumias.

On January 14, 2022, Justice Wilfrida Okwany of the High Court Nairobi had stated that the case required halting the activities and actions that have been complained of in order to enable Sarrai and other respondents to file their responses.

Justice Okwany orders came barely a day after a Kakamega high court set aside an order allowing Sarrai Group to proceed with works at Mumias Sugar Company, which was petitioned by Kakamega County Government.

The Kakamega order which vacated an earlier order was made by Justice William Musyoka, after Tumaz brought to the attention of the court that there was a pending order issued by Justice Ndung'u on December 29th, 2021 at High Court in Nairobi barring Sarrai from going on with works at the company.

Justice William Musyoka while lifting the order, stated that the County government failed to inform him of the December 29 order, which suspended the leasing process adding that he ‘vacated’ the order, to avoid the scenario of conflicting orders.

“That, the order of 29/12/2021 should have been disclosed by the applicant (county government) since it cannot possibly be in operation at the same time with the order that I made herein on 11/1/2022,” said Justice Musyoka.

According to Tumaz’s lawyer Javier Munzala, the receiver-manager failed to give all the bidders an open and transparent opportunity, compromising the integrity, fairness, and accountability of the process.

He further argued that the tendering process was so secretive that it was impossible to know who won the tender adding that his client came to learn the winner of the lucrative deal in the media.