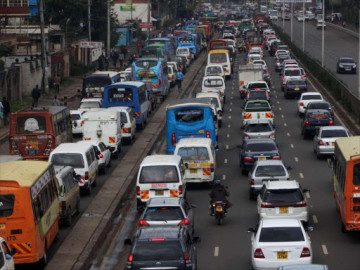 It's a Relief for motorists after High Court temporarily suspends IRA's decision to increase insurance premiums for motor vehicles pending determination of petition filed by KHRC.

Justice James Makau while issuing the orders said that the petitioner has demonstrated a primafacie case with likelihood of success.

"The declining to grant the said orders would prejudice the petitioners ,the respondents will not suffer any prejudice," he said.

Case will be mentioned on 14 of February , Meanwhile COFEC has been enjoined as interested parties.

kHRC agues that the planned increase of premiums is illegal because there was no public participation.