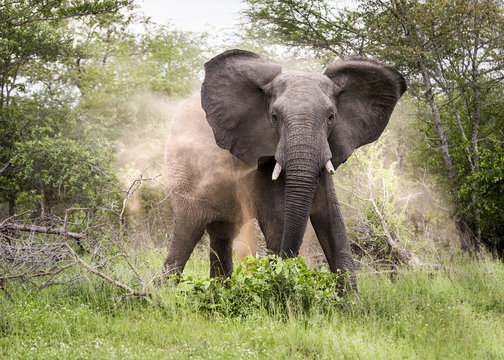 A tourist from Saudi Arabia tourist was on Tuesday night trampled to death by an elephant at a popular park in Uganda, officials have said.

The deceased identified as Ayman Sayed Elshahany was reportedly passing through the Murchison Falls National Park to Arua city with colleagues when they stopped to 'relieve' themselves.

According to Uganda wildlife authority spokesman Bashir Hangi, the deceased who had moved further away from their vehicle was charged at by the elephant that killed him.

“They stopped along the way and the deceased went out of the car, an elephant charged at him, killed him on the spot,” Hangi said in a statement.

The park officials have launched investigations into the matter as measures were being put in place to prevent such incidents from recurring.

Animal attacks have been reported before in Ugandan parks.

In 2018, a leopard is reported to have snatched and mauled a three-year-old son belonging to a female game ranger at another park in the west of the country.