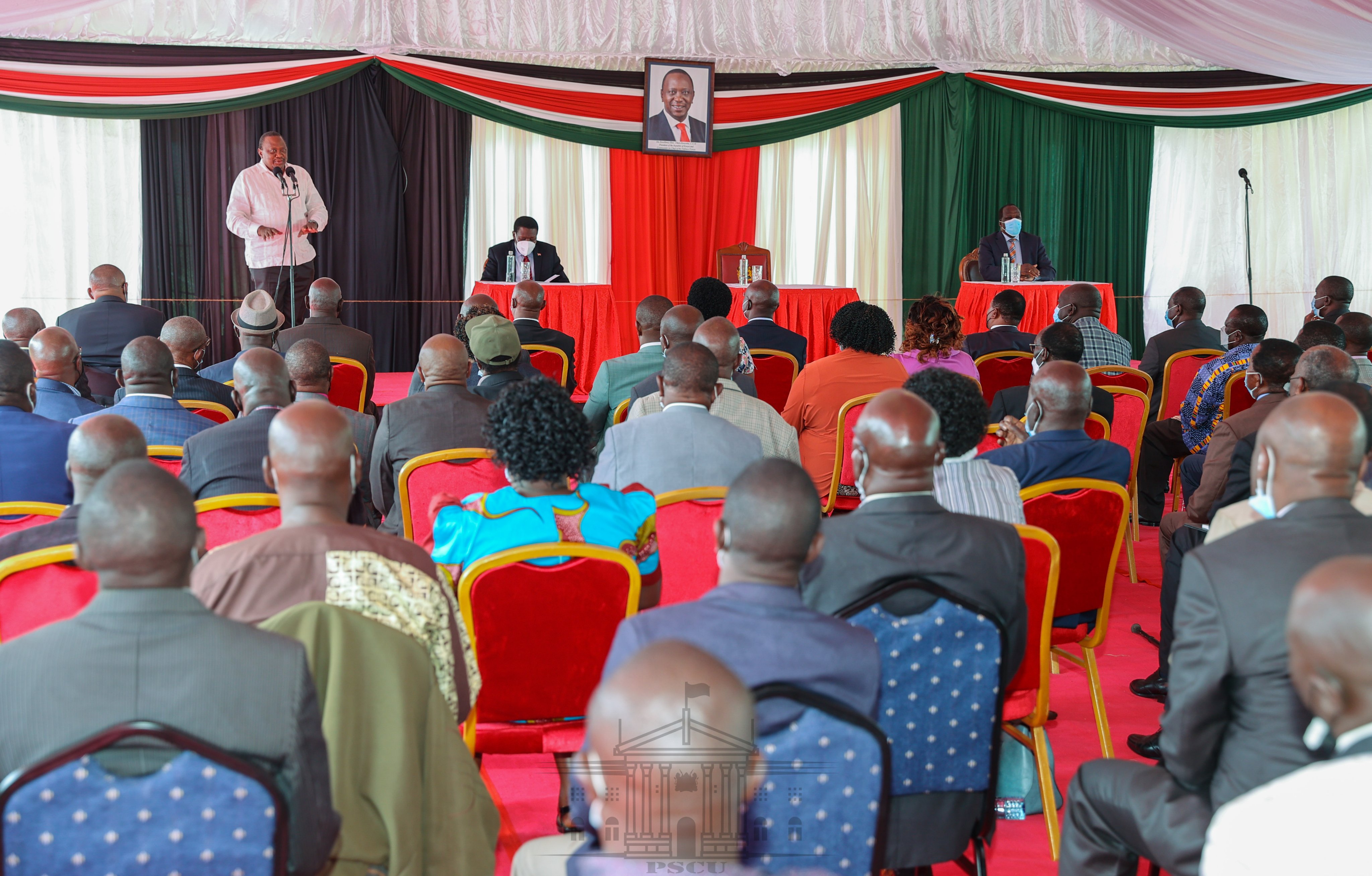 President Uhuru Kenyatta on Tuesday held a meeting with a cross-section of Western Kenya leaders who paid him a courtesy visit at State House, Nairobi.

The Head of State assured the leaders, drawn from the five Western Kenya Counties of Kakamega, Bungoma, Busia, Trans-Nzoia and Vihiga, of the Government's commitment to ensure all ongoing development projects in the populous region are completed as scheduled.

A statement from State House indicated that the leaders thanked the President for the various development projects which they said had transformed the lives and wellbeing of the people of Western Kenya.

"The leaders particularly thanked President Kenyatta for his timely intervention that led to the degazettement of Chetambe Hills as a national forest reserve," read the statement.

The enforcement of the July 2021 gazettement of the heavily-settled 406-acres of land , would have led to the displacement of over 10,000 residents of Maraka and Mihuu Wards in Webuye East, Bungoma County.