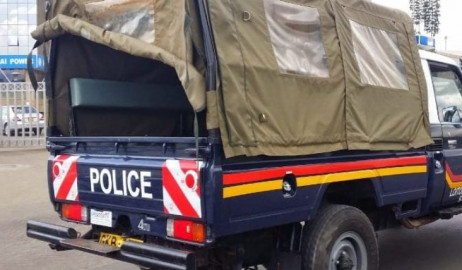 Detectives in Maragua, Murang'a county are holding a forty-one-year-old man who confessed to killing his sixteen-year-old daughter who until her demise was a form one student at Sabasaba secondary.

The teenager is said to have been sent away from school on Wednesday for school fees arrears, only for his father to find her at home in bed with her lover who managed to escape.

It is said that the father beat her to death the same day and in fear of having committed murder threw her body inside a trench along the  Kenol Sabasaba road, a  few metres from their home.

After staying there for the whole of Friday without anyone noticing the body, the father is said to have put the body at a noticeable place on Friday night where it was found the following day by passers-by.

According to Murang'a South (Maragua) Subcounty Deputy Police Commander Isaiah Mose, unexplainable bloodstains on the father's trouser prompted detectives to arrest him upon which he gave the confession.

The suspect has been placed under police custody and is expected to be arraigned in court on Monday.