Mother kills one son, injures another by stabbing at Kianderi village in Kiharu 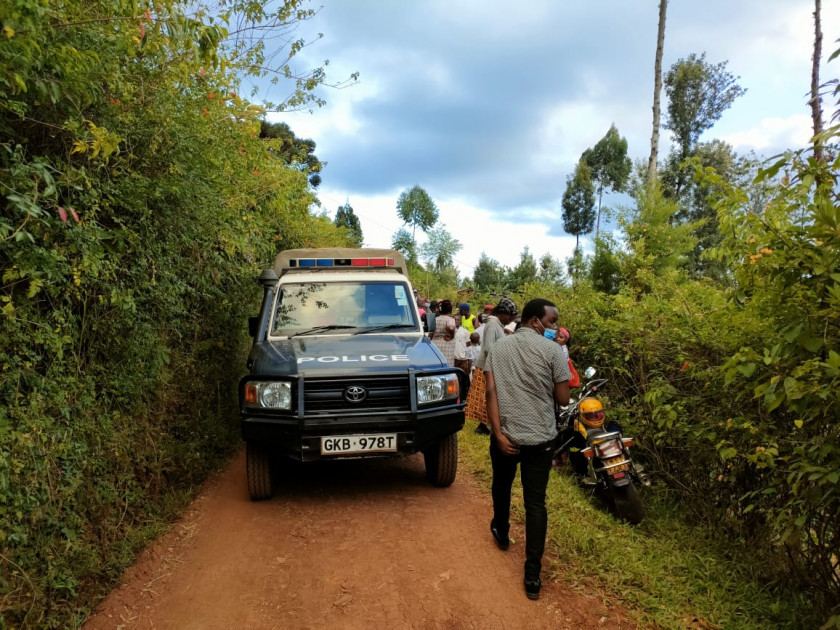 Police officers at the scene of the Sunday, January 9 crime.

Police officers in Muranga have launched a manhunt for a 21-year-old woman who reportedly went on the run after stabbing her two sons on Sunday.

According to reports, Nancy Munjiru, who was armed with a knife, killed her 2-year-old son and left her four-year-old son with serious injuries in Kianderi village, Murang'a county.

Neighbours alerted to the matter rushed the four year old boy to the Murang'a Level 5 hospital where he is  currently admitted.

Benson Kiarie, an uncle to the boys, told Citizen Digital that he heard the four-year-old boy screaming for help on Sunday afternoon.

After opening the door, he says he discovered the body of the two-year-old boy lying on the bed motionless.

He says the two had been stabbed in the belly.

The four-year-old boy was rushed to  Muriranja Hospital and then reffered to Muranga Level 5 hospital where he underwent a successful surgical procedure.

Detectives familiar with the mattter say they discovered a rope dangling from a section of the roofing, and suspect the woman may have planned to commit suicide after stabbing the  two minors.

A blood-stained knife believed to have been the murder weapon was also discovered and has been kept as exhibit.

The body of the deceased was removed to the Muriranja Hospital Mortuary as probe, and a manhunt for the suspect continues.