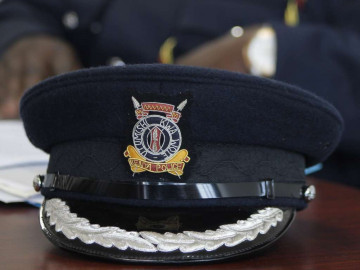 Police in Kisumu have raised alarm over a suspected conman who is impersonating the Kisumu central police station OCS and conning unsuspecting members of the public.

County Police Commander Richard Ngeno says they are already tracking the suspect who is claiming to be central OCS Paul Muturi.

The suspect is said to be calling individuals demanding money and goes ahead to threaten those who decline with arrests.

According to police, the suspect is targeting traders, business people and those in the matatu industry using mobile phone network lines which do not belong to the Kisumu central OCS.

Ngeno says investigations have been launched to apprehend the suspect adding that members of the public should not fall prey to the con.