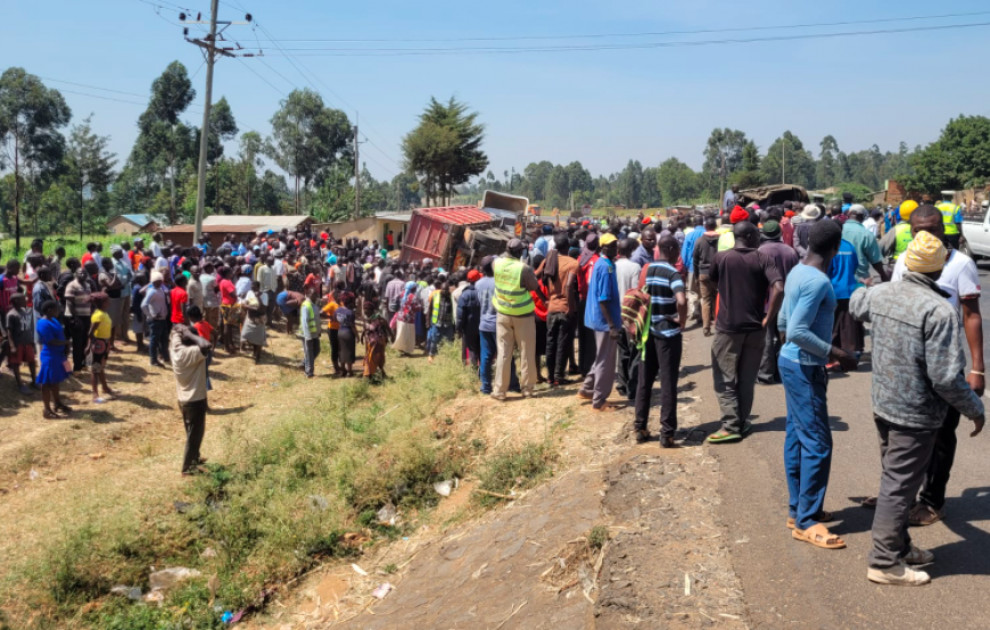 The driver of the trailer lost control of the vehicle at Lwadeti market and rammed into pedestrians before the trailer overturned.

The two died on the spot while the driver escaped unhurt.

The survivor, who is a boda boda operator, was rescued by members of public and rushed to Webuye Sub-county hospital.

Eyewitness blamed the accident on the traffic snarl-up that has been caused by heavy trucks because of striking truck drivers.

The truck drivers are striking over harsh conditions for clearance at the Kenya Uganda border.

"The long truck jam along the road has interfered with the visibility of drivers," said one of the drivers.

While confirming the accident, Kakamega Traffic Commander Joseph Matiku said cautioned drivers to be on the lookout because of the traffic congestion caused by the trucks.