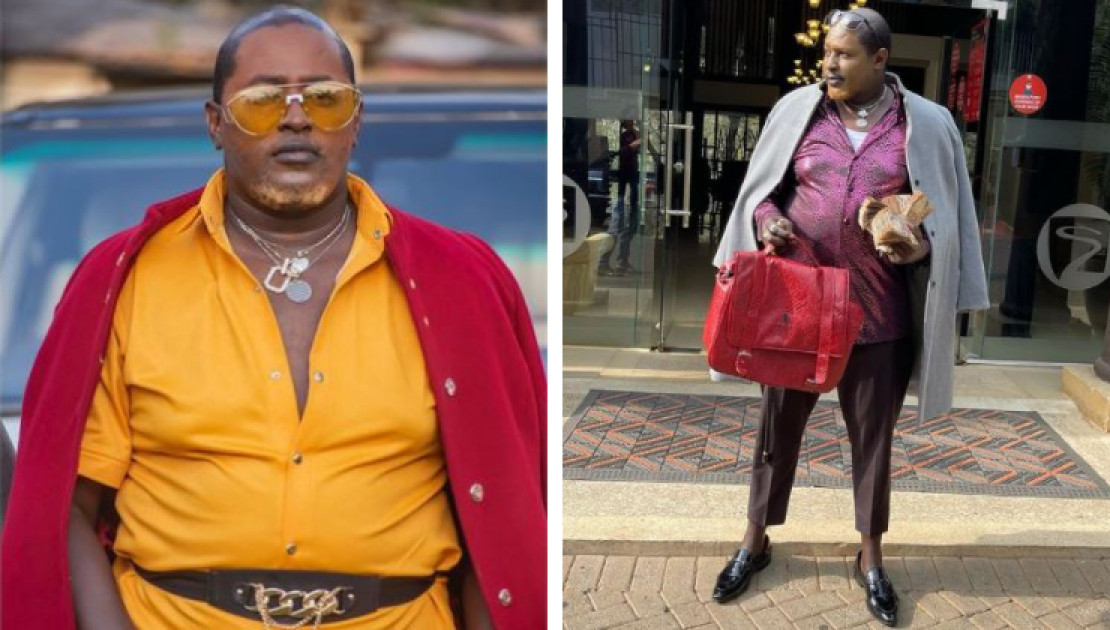 ﻿Kenyan comedian Terence Creative, born Lawrence Macharia, has opened up on the journey leading up to the making of his hit three-part series dubbed ‘Wash Wash’ business.

Global reports found that majority of people were plunged into poverty as a result of unemployment during the ongoing pandemic.

However, that did not apply to the creative funny man who has with no doubt emerged as one of the ‘Covid Millionaires’; those who turned the pandemic period into bountiful opportunity.

“The pandemic changed my craft. I had to do more skits because everyone was online. When I realized they were watching, I switched from producing content twice a week to every day. It’s no joke,” Terence said in an interview with Pulse magazine publshed on Friday.

In the three-part skit, Terence’s character named ‘Papa Fred’, a heavily-bleached Congolese conman with a near-real depiction of corrupt Congolese businessmen in Kenya, has since gone viral, winning the hearts of Kenyans.

The comedian shed some light on how the ‘Wash Wash’ series came to be.

“I got sponsorship in kind for the first and second episodes, but used my own money to pay the cast,” he explained.

“For the third episode, I got a sponsor that helped me in settling production bills and a small token of appreciation to my cast.”

Speaking on how he has managed to stay relevant as a comedian in the entertainment scene, Terence informed that he makes effort to “not to overthink”.

“I do a lot of research and create content around real life. I try not to overthink,” he stated.

Having worked behind the scenes at the popular Churchill Show, Terence mentioned that he was on the verge of giving up but drew his motivation from his fans.

“I almost gave up at one point, but my audience kept me going. I never thought I would be this big, but I have always hoped for a brighter future.” he said.

Among his most memorable achievements are when he took his “biznes legit” tour to South Africa as part of President Uhuru Kenyatta’s entourage.

“It’s God’s doing. A company called KESA (Kenya South Africa Chamber of Business) has been following my work and they chose me to do a state visit in the company of the President,” said the father of two.

“It was a dream come true. I am even planning to do something bigger in South Africa with KESA. To get more Kenyan acts to accompany me for a grand show.”

Terence made remarks on the current state of Kenya’s creative space, noting that there are more content creators yet to be brought to the public eye.

“The country’s creative space is in a good place and that we’ve not even seen an eighth of what Kenyan content creators have to offer. There are a million creators out there that have not yet come to the limelight,” said the funny man.