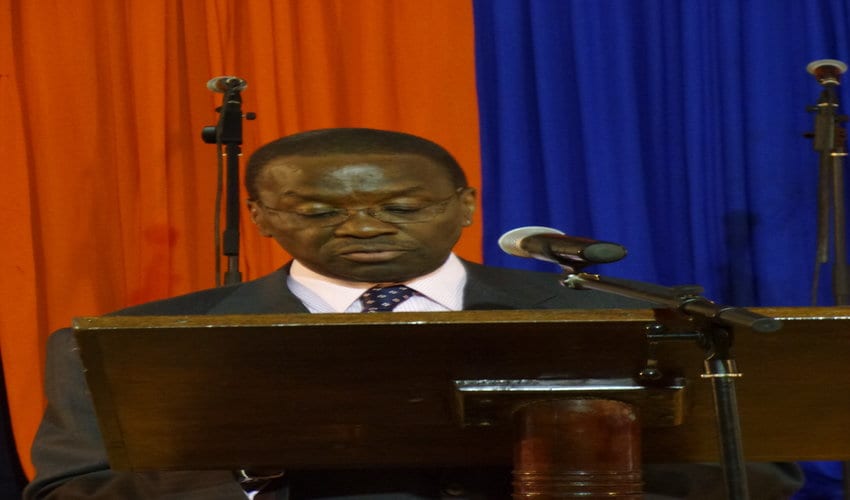 Chief Justice Dr. Willy Mutunga has likened corruption to terrorism saying that it threatens to claw the benefits brought about by the new constitution.

Speaking at All Saints Cathedral at an event marking five years since the promulgation of the new constitution, Dr. Mutunga said that corruption kills as much as terrorism and that cartels are suffocating progress in the country.

Mutunga said that as much as Kenya is an entrepreneuring nation, “our success should not weaken our faith to serve the greater humanity” noting that if corruption is not mitigated at an early stage, it will eat into all the arms of the government thereby crippling operations.

He called on the clergy to rise and re-occupy the civic space and not accept to be reduced into spectators considering their push for a new constitutional dispensation in the 90s.

Mutunga challenged Kenyans to honour those who lost their lives for the constitution by fully implementing the Constitution of Kenya 2010.

“What does it benefit a country to pass a constitution and fail to impliment it?” asked Mutunga.

On issues facing the church, the CJ warned against “religious bandits” who are preying on the hopelessness of the masses and that the church must stand and speak out against them.

He appealed for the protection and preservation of best practices that has seen the rule of law and justice for all and the opening up of democratic space and development through  development.

“As the Judiciary, we stopped calling ourselves Lords and instead missionaries of justice in order to deliver quality service.”