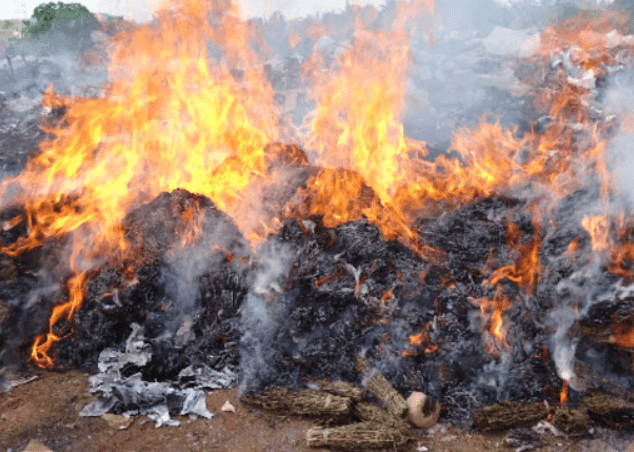 An Embu court on Tuesday presided over the destruction by incineration of bhang held as exhibit whose street value was estimated to be Ksh. 4 million.

Embu Chief Magistrate Maxwell Gicheru, who presided over the destruction of the cannabis at Tenri hospital incineration chamber, said the move was in line with the law as such exhibit ought to be destroyed completely.

The magistrate said the cannabis was nabbed early this year in Embu town and that two suspects in the matter have been arraigned in court and charged.

Embu West Deputy County Commissioner Caroline Imaya said the war on drug peddling and use will be won with cooperation between security agencies and the Judiciary.

Mr. Imaya hailed Tenri Hospital for the gesture to allow the destruction of the consignment using their incinerator since the law provides that it be destroyed without causing any environmental pollution.