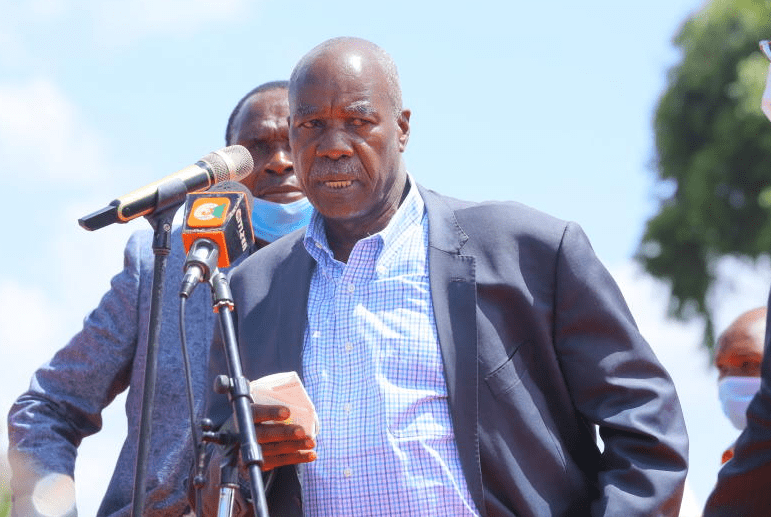 All 36 members of the Nyamira County Assembly approved Gesami’s name after Majority Leader Duke Masira presented the report of the Committee on Appointments on the vetting of the DG nominee.

According to the report, Gesami this time had all the necessary documents including academics, clearance from CRB, EACC, HELB, good conduct as well as clearance from ODM party as a member.

“The County Assembly, in its Special Sitting of Monday, 9th August 2021 has considered and approved the Report of the Committee on Appointments on the Vetting of Dr. James Ondicho Gesami Nominee for Deputy Governor – County Government of Nyamira,” read a letter from Speaker Moffat Teya to Nyamira Governor Amos Nyaribo.

Governor Nyaribo on May 28, 2021 re-submitted the name of the former legislator for vetting as his Deputy Governor after the assembly previously rejected Gesami’s nomination on grounds that he had not submitted crucial documents.

Gesami’s vetting which was then scheduled for May 28 however failed to kick off after a court order was issued barring the process.

The High Court in Nyamira issued the order to the county assembly on stopping Gesami’s nomination process until a case filed by resident Patrick Atambo was heard and determined.

“It is hereby ordered that interim conservatory order be and is hereby issued staying the process of nomination and or processing a nominee to the office of a Deputy Governor, County Government of Nyamira pending the hearing and determination of the application,” read the order.